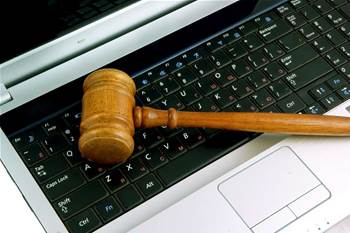 A former senior sales consultant at IBM Australia is seeking $1.1 million in damages from the IT company, alleging that its management failed to act on repeated complaints of sexual harassment and bullying.

According to a statement published by the woman's legal counsel, Maurice Blackburn Lawyers, they intend to lodge a claim against Big Blue in the Australian Human Rights Commission, and proceed to filing a case with the Federal Court if unsuccessful.

The woman alleged “systematic” harassment and bullying by a senior manager at the company’s Melbourne office – a man no longer employed by IBM.

The senior manager was alleged to have “repeatedly rubbed himself” as he walked past the woman’s work station and attempted to place his hand on her leg and up her dress and made sexual remarks at work social events.

The woman said the senior manager had made unreasonable work demands, called her personal number late at night, made threats and called her “stupid”.

"Despite complaining to four managers, and our client's obvious and visible distress which was affecting her performance, no action was taken for almost 18 months. IBM's inaction is impossible to understand,” Maurice Blackburn Special Counsel Siobhan Keating said in a statement.

"The attitude of IBM in the face of these serious allegations, including repeatedly turning a 'blind eye', urging our client not to make a formal complaint, and not wanting to be told of details, exacerbated the damage to our client's career and health and pushed our client to the edge.

"The effect on our client has been devastating. She has lost her career at IBM and it is unclear whether she will work again.  She suffers from low self-esteem, loss of confidence, insomnia, anxiety and severe depression.”

Keating was unavailable for comment today. A spokesman for the Human Rights Commission said that by law it was unable to confirm if any such complaint had been lodged.

The woman also released a statement via Maurice Blackburn today to illustrate the impact of the harassment she was alleged to have suffered.