IAG to drive scalability into its data analytics efforts 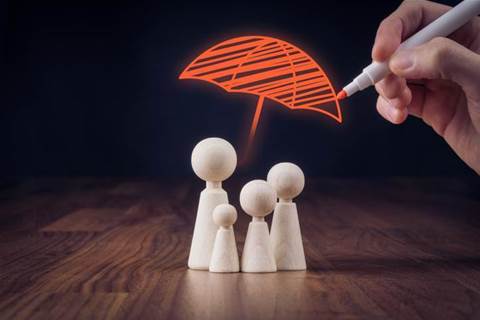 After four years spent transforming its technology and mindset.

IAG intends to scale up its use of data analytics after spending the past four years transforming its data infrastructure and adopting a more customer-centric view of how it makes use of the data it collects.

The insurer’s executive general manager of data Dave Abrahams told a recent Google cloud summit that its data holdings had increased “exponentially” over the past decade.

“It’s gone from where we used to collect it through branches and one-to-one conversations or through call centres, to online, through digital channels like mobile and browser, and now obviously into the sensor space where data is coming 24x7 and creating that real time connection with customers,” Abrahams said.

However, Abrahams said that IAG had traditionally applied a more internal lens to the way it approached analysis of this data.

He said that IAG is moving away “from a view where [analytics is] centred around things that insurance companies know like policies and claims.”

“They’re fairly transactional types of datasets … that don’t necessarily make a lot of sense to customers, but how do you then pivot that into something that really is about customers, so you understand who customers are, and as much information as we can collect about what’s important to them: what they value that they want to insure with us and the relationships that drives, and then how do we take a view that’s more customer-centric to price products and services that meet that [need]?” he said.

In the automated decisioning space, IAG has previously applied artificial intelligence to car repair claims in order to make determinations much faster.

Abrahams also said that IAG had invested considerable effort into consolidating its data infrastructure and platforms over the past four years.

“IAG, like a lot of insurers, is about to turn 100 years old, so we’ve been around for a long time and we’ve grown significantly through a lot of mergers and acquisitions,” he said.

“That means that data is very fragmented across the organisation. We’ve got lots of lots of platforms that haven’t been consolidated or well-integrated yet.

“We’ve been on a large transformation journey and a lot of that work has been simplification of the technology stack, cleaning that up and getting that harmonised in a way, but also from a data perspective how do you bring that data into this kind of single view and single source? How do you bring it all into one place and then make it highly accessible and leverage it for the right purposes?”

Abrahams said that IAG used undisclosed Google cloud services in this technology transformation, and expected to make more use of these resources into the future.

“The next evolution that we’re embarking on is really about scalability,” he said.

“When it comes to scalability, obviously that’s where we’re really involved with and discussing these challenges with our partner Google to figure out how do you help us scale with cloud capability, whether that’s from a data storage, data processing, or the analytics engine of that?

“But [it] also [covers] other areas like data governance - we’ve got a program of work to really think about how we strengthen and scale that, because what you find often is data governance is quite a heavily manual process and ends up on the critical path of just about every initiative that you want to do, so you’ve got to think about how you can scale and automate that.”