IAG teams up with Data61, USyd over AI ethics institute 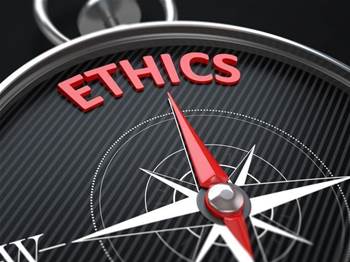 Insurance Australia Group (IAG) has today unveiled a new partnership with the CSIRO’s Data61 and University of Sydney to launch a research and advocacy institute concerned with the ethical use of artificial intelligence.

The CSIRO said the newly-formed Gradient Institute will have the utopic goal of creating a “world where all systems behave ethically” through research, policy advocacy, public awareness, and training people in the ethical development and use of AI.

The Gradient Institute will also use the findings from its research to ethical create open source AI tools that can be taken up and modified to suit the needs of business and government.

Data61’s director of engineering and design Bill Simpson-Young will direct the spearhead the institute as its inaugural CEO, stepping away from his role at Data61.

He will be supported by the co-founder and chief scientist of IAG subsidiary Ambiata Dr Tiberia Caetano, who will direct the institute’s research as its chief scientist.

Simpson-Young said one of that AI learns from data which reflects the past, including past biases and prejudices.

"For example, in recruitment when automated systems use historical data to guide decision making they can bias against subgroups who have historically been underrepresented in certain occupations.”

Amazon was recently in the spotlight for its AI recruitment algorithm which taught itself that the prevalence of men in the tech industry meant resumes from female applicants should be ranked lower.

Racial bias has also plagued AI systems designed to remove prejudice from the legal system, such as with the COMPAS program in the US.

“By embedding ethics into AI, we believe we will be able to choose ways to avoid the mistakes of the past by creating better outcomes through ethically-aware machine learning,” Simpson-Young said.

He added that it could also be used to mitigate biases “evident today in industries like retail, telecommunications and financial services”.

IAG's chief customer officer Julie Batch will also be a lead partner of the Gradient Institute, and said no business or government alone can adequately deal with the challenges and opportunities posed by AI.

"We need to work together across sector and we need to do this with urgency, which is why we're proud to be founding partners with two of Australia's strongest science and academic leaders - Data61 and the University of Sydney,” Batch said.

She added that ethical AI will improve trust in the decisions made by machines, which the Pew Research Centre recently found to be overwhelmingly low for the majority of Americans.

Batch said IAG hopes to be an early adopter of the institute's findings so as to provide a better experience for its customers, especially as the insurance group continues to use AI to calculate customers’ premiums.

However, Batch was also careful to stress the Gradient Institute is an independent, not-for-profit organisation, and that she hopes other organisations will contribute to its research and apply its findings.