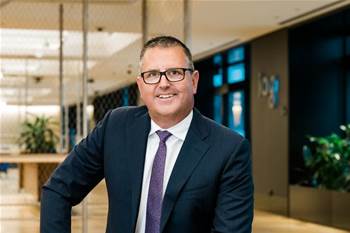 IAG increased its operating costs by 4.4 percent to $1.3 billion over the last six months, partly driven by its continued to investment in its enterprise platform.

The company stated the increase was partly due to a rise in technology and system spending across IAG’s enterprise platform, as part of an ongoing investment program to transform its ability to better assist customers and drive operational excellence.

The insurance group’s enterprise platform was unveiled to the market in December last year during a business update.

The platform acts as a single, core insurance platform that underpins its digital growth to enable more than 80 percent of interactions across its digital channels.

“We're making some great progress with a whole of company program of work that we're calling our enterprise platform,” Hawkins said.

“What that does is it brings together all the work that we're doing across claims policy, pricing, digital, mobile an really creating the capability to power our business in a way that is agile, accurate, simple and consistent right across the organisation.”

Hawkins added the company's “primary focus today” is on “our most critical experience for customers around the claims journey”.

“We're pleased that we now have almost all new claims across the entire company hosted on a single market leading, modern technology platform”.

During major events Hawkins said IAG is now seeing up to 65 percent of claims lodged via digital channels.

Hawkins added the company can now use AI to effectively predict if a motor vehicle is a total loss after a car accident, “so customers can settle their own claim in just a few hours”.

“Already more than 15,000 customers have self-settled their total loss claims online and there’s more of that to come.

“The enterprise platform will make it easier for our customers, brokers and partners to do business with us and will deliver significant operational efficiencies and savings to IAG,” Hawkins added.

IAG reported a net profit after tax of $173 million and cash earnings of $176 million.