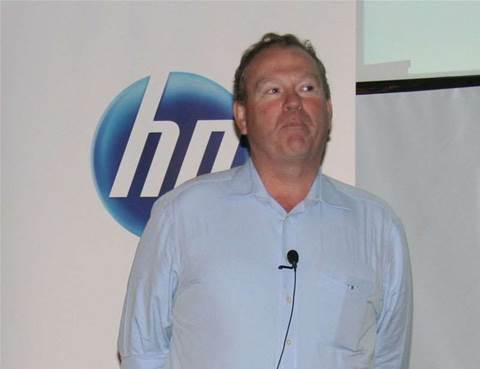 The net as we know it threatened by IPv4 address shortage.

APNIC chief scientist Geoff Huston has delivered a pessimistic view of the future of the internet, with no obvious solution in sight to the looming shortage of IPv4 addresses.

Speaking at a keynote address at Linux.conf.au in Brisbane, Huston suggested that the crisis might restrict the adoption of open software solutions in the future.

Huston said the widespread adoption of TCP/IP meant that there was no obvious way to avoid the looming issue.

"We're now actually in a monoculture in networking. There is only TCP/IP," he said.

Earlier at the same conference, Internet veteran Vint Cerf urged businesses to do more to transition from IPv4 to IPv6.

Huston, who works for one of the five global registries which assign IP addresses, said he took a less optimistic view than Cerf.

The current IPv4 standard used to assign numeric addresses to Internet connected devices has a maximum capacity of around 4000 million addresses. In 2010, almost 250 million were assigned, include 9.6 million in Australia.

"We need open addresses and we've just run out of them which is a bit of a bummer," Huston said. "We're a victim of our own success. There are seven blocks left. We're getting through them at the rate of one block a month. IANA is going to run out of addresses in February."

"It's pretty clear that at the rate we're giving out addresses in the Asia-Pacific region, someone's going to come knocking on our doors in about July and say 'I want a gazillion addresses' and we're going to say 'no'."

The 128-bit IPv6 offers a much larger pool of addresses, but has not been widely adopted despite the issue being recognised as far back as 1990. Google, for instance, has said that just 0.3 percent of visitors to its site use its IPv6 infrastructure. A lack of mature software using the protocol has exacerbated the issue.

Huston said it was unrealistic to assume that networking equipment and software would be updated and recoded to work with IPv6 before the current pool ran out. Telecommunications providers and ISPs also don't care about the issue, he said.

Telecommunications companies have already lost their monopoly advantage to IP networks and have limited resources as a result.

"Telstra was part of a monopoly cartel across the globe that controlled communications. Over the last 20 years, they've lost everything, but it wasn't because of deregulation. It's because of computers and the Internet. Are they interested in spending more of their money to create an even gloomier future for themselves? The evidence says no."

Other ISPs are happy to use network address translation (NAT) systems to "share" IPs among users while charging a premium to customers who want a permanent static IP address.

"From the ISP's perspective, there is no such thing as address scarcity or address shortfall right now," Huston said. "They honestly don't give a stuff about it."

"Because NATs don't have a standard, everybody who writes a NAT writes it creatively. Even NATs from the same vendor change across models. As an application designer, you're stuffed. And when carriers start deploying NATs, it gets really, really ugly. We can't make a network that's five to ten times the current size of the network using NATs."

Another possibility is that currently unused blocks of addresses could be reclaimed or resold, but there's no obvious mechanism for doing this given the unregulated nature of the Internet, Huston said.

"The unadvertised pool is only 20 percent, so even if you flushed all that out you won't buy yourself much time. And I suspect the prices will be eye-watering."

"In any new market, the first couple of years is just rampant speculation and weirdness. IPv4 addresses will be no different."

Between the IP address issue and ongoing debates over net neutrality, the prospect of the Internet itself continuing to evolve based on open standards was far from certain, Huston said.

"We're not sure that an open Internet will still be around in five years' time.

"It's not really obvious to me that we're going to continue with a truly open infrastructure because all the economic indicators point to a really gloomy, far more depressing world."

Huston closed by asking Linux.conf.au attendees to focus on persuading large companies such as Google and Apple to work harder on improving IPv6 software.

"[They] need to see motivations as to why they should continue with open networking. Somehow you need to prevent a multi-trillion dollar industry falling flat on its arse."