Human Services to cut 56 IT jobs 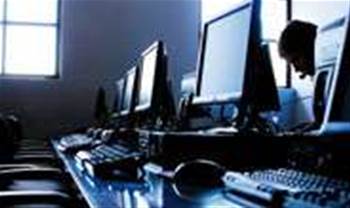 Moves IT out of Hobart.

The Department of Human Services plans to cut 56 IT jobs in Hobart and centralise its IT operations into three hubs across Australia.

Representatives from the department met yesterday with its Hobart division and members of the Community and Public Sector Union, to advise them of a “proposed realignment” of its IT function out of Hobart and into three campuses in Adelaide, Brisbane and Canberra.

The move was first proposed in the DHS Technology Plan 2012-16, which suggested the creation of “sustainable ICT hubs”.

According to documents detailing the proposal, sighted by iTnews, the proposed restructure will affect 56 workers in three IT teams located in Hobart; including:

DHS received $16 million in the last federal budget to upgrade or replace ISIS, and is currently in the throes of a number of legacy system upgrades under CIO Gary Sterrenberg.

The proposal is “subject to consultation”, the department said. It has not yet provided a timeframe for when workers are likely to start being let go.

The proposal noted the ‘locate optimally’ strategy will help the CIO Group "better manage the fast-moving and significant organisational and technological change" ahead.

The department expects to be able to offer some workers redeployment in Adelaide, Brisbane or Canberra, with a preference towards Adelaide and Brisbane. Other staff will be offered assistance to find alternate local employment, before the department canvasses opportunities for voluntary redundancies.

The CPSU’s Tasmanian regional secretary Paul Blake said the proposal had been sprung on staff with no warning. The union has written to the relevant ministers to urge them to overturn their decision.

“These are highly sought after jobs in a state that has the highest unemployment rate in the nation. Cuts like these are going to hit Tasmania particularly hard,” he said in a statement.

“On top of this, further cuts are expected with the Commission of Audit which now has carriage over public sector staffing levels. Tasmania has every right to feel very insecure about this Government’s commitment to it."

A DHS spokesperson said the department was working with the CPSU on the consultation.

"We’re working very hard to balance the department’s large ICT workforce’s preferences with operational needs. The potentially affected staff in Hobart would be offered redeployment to other roles if they chose to stay in Hobart."