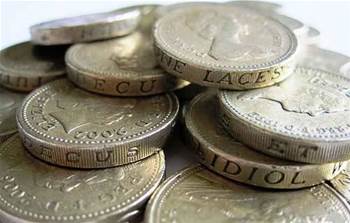 Chinese network equipment manufacturer Huawei Technologies is set to invest $US2 billion ($A1.92 billion) expanding its operation in Britain, creating about 700 new jobs over the next five years.

"The UK is an open market, which welcomes overseas investment. I am, therefore, very pleased today to be announcing the $2 billion investment and procurement plan, promoting the development of openness and free trade," Ren said.

Huawei, whose expansion plans have been met with suspicion in Australia and the United States over concerns about cyber security, said it would invest £650 million in Britain, where it will build its workforce to more than 1500 by 2017. A further £650 million will be spent buying components over the next five years, it said.

The company, founded by Ren in 1987 after he was made redundant by China's military, has diversified into consumer devices and enterprise networking equipment as growth in its core telecoms gear market has stalled.

Three Huawei products — a smartphone, a mobile wifi hub, and a mobile broadband dongle — were included in the line-up of launch devices for the new network from operator Everything Everywhere.

Ren's background with the Chinese military has been cited as hindering its progress overseas, although he has denied close links, pointing out he was made redundant from the People's Liberation Army three decades ago.

Huawei has been actively hiring foreign executives, including former government officials and industry figures, in various parts of the company including senior positions and research and development, to help it achieve its global goals.