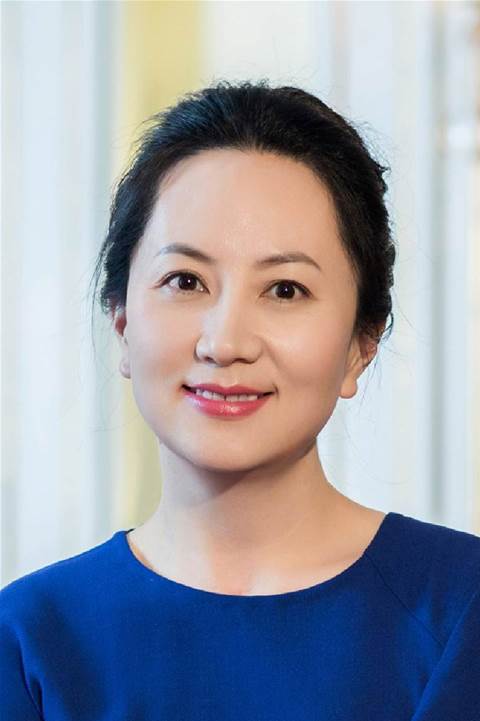 Faces extradition to the US over Iran sanctions busting allegations.

The worldwide chief financial officer of Huawei has been arrested in Vancouver by Canadian authorities over allegations that she has violated United States trade embargo against Iran.

Canada's The Globe and Mail reported that Wanzhou Meng was arrested four days ago.

Meng is the daughter of Huawei founder Ren Zhengfei, and also sits as the deputy chair of the global telco giant.

American law enforcement are seeking Meng's extradition to the US, and a bail hearing is set for Saturday Australian time.

Further details on the allegations of sanctions busting against Meng are yet to be revealed because of a gag order reportedly sought by her.

Meng who also uses the first names Cathy and Sabrina, was a board member of a Huawei-linked company in Hong Kong, Skycom Tech.

Skycom tried to evade US sanctions against Iran and sell Hewlett-Packard computers to the country's largest mobile phone operator in 2010.

Although Huawei sought to distance itself from Skycom, investigative journalists found close connections between the two companies.

The US began an investigation in 2016 to ascertain whether or not Huawei has violated American sanctions against Iran. It is not clear if Meng's arrest is connected to the US probe into Huawei.

US authorities have been probing Huawei since at least 2016 for allegedly shipping US-origin products to Iran and other countries in violation of US export and sanctions laws, sources told Reuters in April.

The US Justice Department probe is being run out of the US attorney’s office in Brooklyn, the sources said.

"Recently, our corporate CFO, Ms. Meng Wanzhou, was provisionally detained by the Canadian Authorities on behalf of the United States of America, which seeks the extradition of Ms. Meng Wanzhou to face unspecified charges in the Eastern District of New York, when she was transferring flights in Canada," an official Huawei statement said.

"The company has been provided very little information regarding the charges and is not aware of any wrongdoing by Ms. Meng. The company believes the Canadian and US legal systems will ultimately reach a just conclusion."

The Chinese Embassy in Canada, however, is kicking up a diplomatic fuss.
A statement posted to its website said China "firmly opposes and strongly protests over such kind of actions which seriously harmed the human rights of the victim."
The Chinese Embassy said it "has lodged stern representations with the US and Canadian side, and urged them to immediately correct the wrongdoing and restore the personal freedom of Ms. Meng Wanzhou."
"We will closely follow the development of the issue and take all measures to resolutely protect the legitimate rights and interests of Chinese citizens," the Chinese Embassy said.
With Reuters
Got a news tip for our journalists? Share it with us anonymously here.