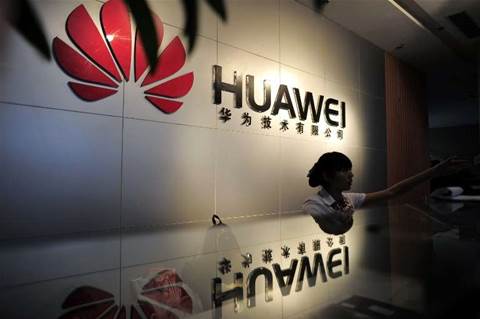 Chinese tech giant Huawei has come out on top of a year marred by security concerns and subsequent lost contracts, posting a huge jump in its Australian earnings for 2012.

In a year which saw the company banned from Australia’s NBN and many projects in the US, investigated for spying and blocked from a strategic company acquisition, Huawei reported unaudited local revenue growth of 50 percent.

Huawei declined to provide specific Australian figures until it releases its audited results in April. In 2011 it recorded Australian revenue of $A229 million.

Globally, Huawei posted a 33 percent jump in net profit to CNY15.4bn ($A2.35 billion). It recorded revenue of $A5.7 billion in the Asia Pacific region, while total sales were up 8 percent over the 12 months to $A33.7 billion.

Its enterprise division, barely two years old, also performed well, rising from $A1.4 billion in 2011 to $A1.75 billion - as it sought to gain ground against market leader and bitter rival Cisco.

Huawei said it expects revenue to grow between 10 and 12 percent this year.

The company has faced intense scrutiny amid ongoing concerns around its alleged links to the Chinese government and army. The security concerns led to the Australian Government banning Huawei from tendering for the NBN midway through last year, and it was also blocked from taking over server technology company 3Leaf in the US.

A US House Security Committee was formed last year to investigate Huawei and warned private sector companies away from using its network gear. It later cleared Huawei of any underhanded activity, but warned that it and rival Chinese tech company ZTE had worrying securtiy holes in their products.

The attitude toward the company in the US is such that just last week US atomic research facility Los Alamos removed Huawei technology from its networks.

Huawei in recent months has sought to allay Australian fears, proposing the formation of a national security evaluation centre to let local businesses test the security credentials of networking and telecommunications equipment before deployment.

Got a news tip for our journalists? Share it with us anonymously here.
Copyright © CRN Australia. All rights reserved.
Tags:
australia china huawei networking pla security us