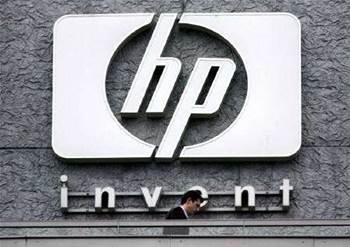 HP is looking to sell Palm's webOS mobile software platform, a deal that could fetch hundreds of millions of dollars but less than the $US1.2 billion that HP paid last year, four sources close to the matter said.

Advised by Bank of America Merrill Lynch, HP is trying to figure out how to recoup its investment in Palm, viewed by many analysts and investors as an expensive foray into the smartphone market that has not paid off.

Several technology companies have expressed an interest in buying the division, which is seen as attractive for its patents, the sources said.

Amazon.com, Research In Motion, IBM, Oracle and Intel are considered to be among the companies likely to be interested in the asset, industry sources said.

The future of the unit, which HP acquired when it bought Palm in 2010, was in jeopardy after the company decided to kill its webOS-based TouchPad tablet following poor sales.

An HP spokesman said "we are exploring ways to optimize the webOS software," and declined to comment further.

HP is still mulling the software's future, including if it should build a new webOS-based tablet, HP's new chief executive Meg Whitman said in a recent interview.

"The question now before us is what do we do with webOS software and do we come back to market with webOS devices?" Whitman said.

"It obviously will not be the same device but it will be version 2.0."

In October, HP ditched a plan to spin off its personal computers unit, a month after the ouster of CEO Leo Apotheker, whose idea it was. The plan would have cost billions of dollars in expenses and lost business.

The boutique investment bank Parella Weinberg, which had been hired by Apotheker at the time to explore alternatives, has since lost the mandate as HP's adviser, the sources said.