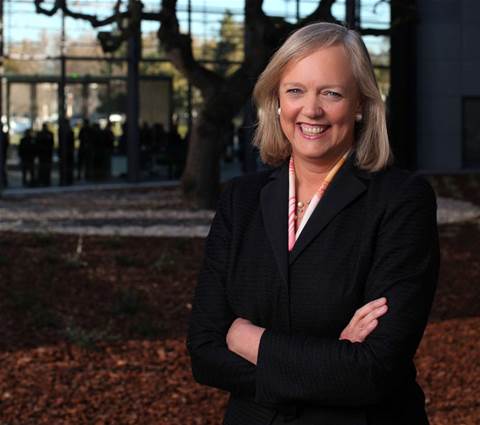 Separates PCs and printers from corporate services, will restructure 5000 jobs.

HP has announced plans to split into two companies, separating its computer and printer business from its faster-growing corporate infrastructure and services operations.

The move will also eliminate 5000 jobs.

The plan would see HP shareholders own a stake in both businesses through a tax-free transaction next year. Each business contributes about half of HP's revenue and profit.

Chief Executive Meg Whitman has said the newly created HP Inc would mostly stick to its knitting – PCs and printers – for now, while exploring related markets such as 3D printing.

The company has no plans to venture into the hotly contested consumer mobile devices market, where it stumbled years ago.

"There’s still lots of opportunities in other adjacencies, where we don’t chase the market leaders," said Whitman, who will be CEO of HP Enterprise, the business that will sell computer infrastructure, networking gear, data storage and cloud solutions to businesses.

Whitman said HP’s balance sheet had improved markedly over the past few years, allowing the company to come to the decision to split up from a position of strength.

"This would not have been possible three years ago," she said, referring to a proposal by then-CEO Leo Apotheker to spin off PCs in 2011.

Although investors and analysts generally gave a thumbs up to the move, resulting in a five percent bump to HP’s shares overnight, some on Wall Street are sceptical whether the newly christened "HP Inc" can break out of what appears to be a terminal slump in desktop computing.

Global shipments of PCs are in for "slow but consistent" growth over the next few years, forecasts tech research firm Gartner, as they recover from three years of decline caused by a surge of tablets and smartphones. Shipments are not expected to equal the 2011 peak until 2018 at the earliest.

Moreover, that growth is not expected to come from HP's mainstay of desktops and laptops, but from a new breed of mobile computers such as Apple's MacBook Air, Google-powered Chrome books and Microsoft's Surface Pro.

The split creates a company with strong cash flow, a high dividend yield and a major market position which at the same time may raise operating costs over the longer term, and together with abortive talks to merge with EMC, it could reflect HP's inability to grow profits organically, according to Bernstein's Toni Sacconaghi.

HP Inc "will likely be pitched as the slow/no growth, high cash generating business," Sacconaghi said. He estimated that the company’s PC and printer unit’s revenue would decline at about one percent annually over the next few years.

Barclays analysts noted that the sudden announcement in 2011 to split off the PC business was disruptive to HP's sales, its sales force and demand.

"If the (latest) decision by HP isn't well communicated or is not well executed, the negative share shifts could be material," Barclays said in a note.

Although HP has struggled to adjust to the post-PC computing era, making a few false starts with early tablets, some say the separation is a move in the right direction.

"They've had good numbers for the past several quarters both in the consumer and the enterprise side of the PC business, including the Windows tablet form factor," said Neil MacDonald, an analyst at Gartner. "HP has actually gained some market share back because of innovation and design."

MacDonald said the PC and printing unit can be successful if HP follows the template for a declining printing market.

"HP has gained share and improved margins in a market where the overall number of pages printed has declined," he said. "HP has shown it can handle a market in decline. That's the model that would need to be applied to the traditional Windows PC market."

HP said it planned to cut 5000 more jobs as part of its multi-year restructuring, raising the total under Whitman to 55,000. The company currently has more than 300,000 employees.

The separation will result in a fundamental reshaping of one of technology's most important pioneers, which is on track to generate US$112 (A$128) billion in revenue.

HP is the latest in a line of companies to spin off operations in an attempt to become more agile and capitalise on faster-growing businesses.

HP's printing and PC business will be led by Dion Weisler, currently an executive in that division. Whitman will be chairman of the newly formed entity.