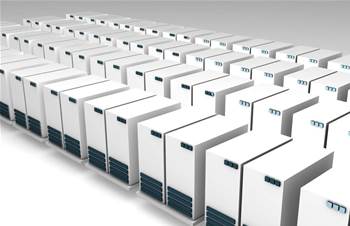 Oracle spiking Itanium has nothing to do with it, says HP.

Under its new "Odyssey" roadmap HP will port some of its HP-UX software to Windows and Linux, Wired reports, with the aim of adding Unix-like reliability features.

HP will also deliver its traditionally Itanium-based "Superdome 2" chassis with Intel x86 Xeon based blades, allowing "mission critical" loads on HP-UX to run side by side with Windows or Red Hat Linux on Intel Xeon blades.

“Clients have been asking us to expand the mission-critical experience that is delivered today with HP-UX on Integrity to an x86-based infrastructure,” Martin Fink, HP's senior vice president and general manager, Business Critical Systems said.

Fink told the Wall Street Journal that Odyssey had nothing to do with its spat with Oracle, which it is suing for ceasing to build software and databases that run on its Itanium-based servers.

This week HP's CFO Catherine Lesjak revealed how much damage Oracle's decision has had. HP's quarterly Business Critical Systems revenue had fallen 23 percent year-on-year, "primarily due to a decline in our Itanium-based servers".

"Our ability to close deals has been impacted by Oracle's Itanium decision, and we are working diligently to enforce the commitments that Oracle has made to our customers and to HP," Lesjak said, according to a Seeking Alpha transcript.

Separate to the litigation, HP is also angling for European authorities to investigate whether Oracle has used its strength in software to block HP from certain hardware deals, Reuters reported Wednesday.

HP this week accused Oracle of using an "illicit business strategy" to force Itanium customers into buying Sun hardware in response to Oracle's claim that HP had secretly paid Intel to keep Itanium alive to prop up its service revenues.