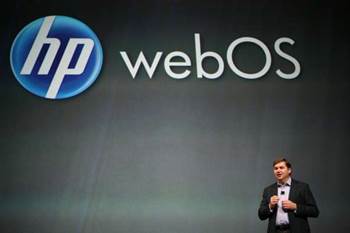 Orphan moves in with cloud but no integration plans yet.

HP has moved the software side of its Palm-inherited webOS platform to another division known internally for its strengths as an incubator for new technologies.

The remainder of the webOS team would remain within PSG under its senior vice president, Stephen DeWitt, according to the email.

It was unclear from the email what the fate for HP's hardware staff would be. "Later today, Stephen will reach out to these teams with an update," the email read.

The move would effectively split HP’s hardware and software webOS teams, according to Global Equities Research analyst Trip Chowdhry, who believed the leaked emails to be authentic.

Shifting webOS software to OS&T would allow HP to “fully investigate how we can utilise the webOS software platform”, which Bradley noted was currently incubating HP’s Cloud Services business units.

According to another email by Shane Robinson, HP’s executive vice president of OS&T, the move would help the company “define the best monetisation model” for webOS.

He added that for now, HP would not integrate webOS with Cloud Services or other incubated services “until further notice”.