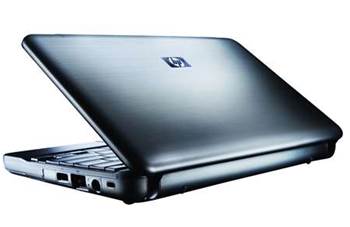 Rebelling against the Wall Street credit crunch and pessimistic earnings forcast trends, HP has come out with a prediction it will actually beat analyst forcasts, with earnings slightly up.

The computing and printing giant reckons it can expect earnings of 84 cents a share and adjusted earnings of $1.03 a share, up from $1 a share, for the three months which ended back in October.

Analysts had predicted HP’s revenue to come in at $33.09 billion, but the company has trumped the lot of them with its own estimate of $33.6 billion.

The firm smugly noted it was doing well thanks to "global reach, diverse customer base, broad portfolio and numerous cost initiatives."

HP also got quite a boost from its newly purchased Electronic Data Systems Corp. Although HP had to splash out $13.9 billion for EDS back in August, the smaller firm managed to boost HP’s revenues significantly.

For this fiscal quarter, ending in January, HP reckons earnings will come in at 80 to 82 cents a share, with adjusted earnings of 93 to 95 cents a share, on sales of $32 billion to $32.5 billion.

When the shock of the announcement wore off, investors put their money where their sagging open mouths were, sending HP shares soaring by 12 per cent to $32.74.

But HP isn’t exactly printing its own money just yet. Shares are still down about 34 percent year-to-date.

Still, a little optimism never hurt anyone. µ
Got a news tip for our journalists? Share it with us anonymously here.
theinquirer.net (c) 2010 Incisive Media
Tags:
financefinancialhpoptimisticpredictionsreleases