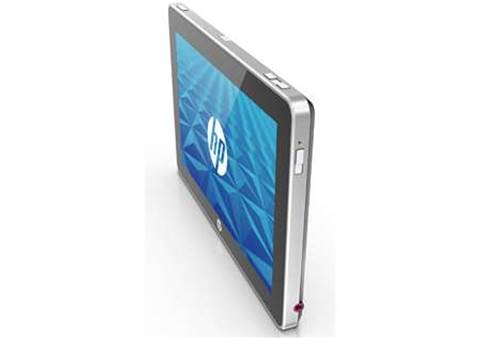 HP has been showing a new teaser of its forthcoming tablet, dubbed the Slate, to piggyback on the current interest in the iPad launch.

The video shows the device to be roughly the same size width and a little thicker than the iPad, with similar controls. However, cameras are built in front and back and the device takes both US and SD card removable media, all features the iPad lacks.

“Think about the last time you chatted with friends over Skype on your notebook. Or uploaded a picture from your mobile phone to Facebook or Flickr,” HP's blog post reads.

“How about the last time you viewed images or video from an SD card or a standard USB device. We know that you expect to be able to capture and share digital content on your mobile devices. And the HP slate device excels there.”

The Slate is running Windows 7 with touch interface controls and has applications linked into social media sites preinstalled as well as support for Adobe's Flash and Air systems.

Got a news tip for our journalists? Share it with us anonymously here.
Copyright ©v3.co.uk
Tags:
card controls device hardware hp ipad slate