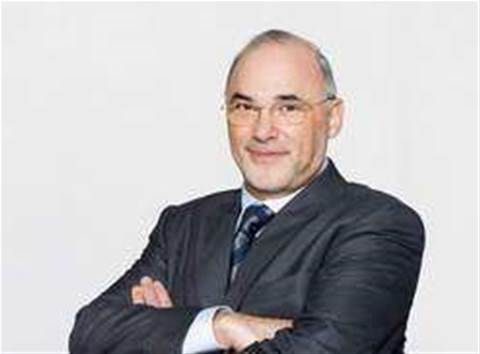 Third CEO in two years pulled from HP board.

Reports the board was eyeing Whitman emerged Wednesday. HP's shares spiked 7 per cent after the initial those initial reports, CNN Money reported.

Whitman was HP’s third CEO in two years, following the company's removal of former head Mark Hurd over expenses claims last year. He had replaced Carla Fiorina, who was ousted by the board in 2005.

Apotheker, who had been in charge for just 11 months, has been the face of several controversial decisions, including its proposed $10 billion acquisition of software vendor Autonomy, ditching the TouchPad, and spinning off HP's $64 billion PC business.

Apotheker's demise at HP should not come as a surprise, according to the New York Times, which reported that most of HP's 12-member board had never even met Apotheker before his appointment.

"[W]hen the search committee of four directors narrowed the candidates to three finalists, no one else on the board was willing to interview them. And when the committee finally chose Mr. Apotheker and again suggested that other directors meet him, no one did," the Times' James Stewart wrote.

"Remarkably, when the 12-member board voted to name Mr. Apotheker as the successor to the recently ousted chief executive, Mark Hurd, most board members had never met Mr. Apotheker."

Executive chairman of the board of directors Ray Lane said HP was "very much appreciative of Léo's efforts and his service to HP".

"The board believes that the job of the HP CEO now requires additional attributes to successfully execute on the company's strategy," Lane said.

"Meg Whitman has the right operational and communication skills and leadership abilities to deliver improved execution and financial performance."