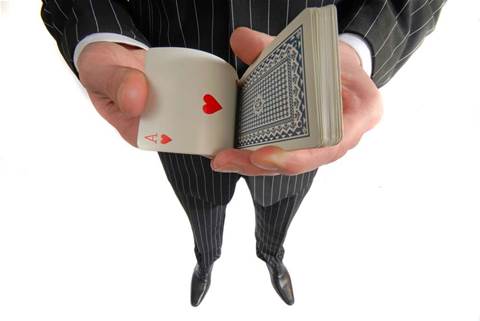 An HP spokeswoman today confirmed Bennett, who has worked in various roles in the EDS and HP Enterprise Services businesses since 1995, had resigned to “pursue other interests”.

Bennett’s departure follows that of former local chief David Caspari, who quit in September after six years at HP and little over a year in the top role.

Both executives are to be replaced by Nick Wilson, formerly HP's vice president for the UK and Ireland, who has been appointed as managing director for HP South Pacific.

“We would like to thank Alan for his contribution to HP and wish him success in his future endeavours," the spokesperson said.

HP’s Israel chief Joshua Bakola announced he would resign from the company less than two weeks ago and the company has had no less than three chief executives at the helm of its global operations since 2010.

Apotheker in turn had replaced Mark Hurd who left the company in August 2010 following unproven allegations he had an inappropriate relationship with a consultant.

Apotheker’s tenure in the role was marked by a series of legal battles with former technology partner Oracle and uncertainty over the direction of the HP business.

In early 2011 the company's shares were trading above $US40 per share. Its shares now trade at around US$23.