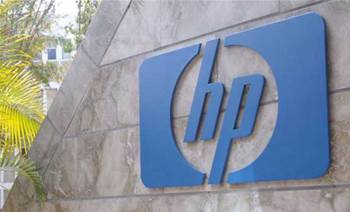 HP Australia has recorded a $270 million net loss for the 12 months to 31 October 2013, thanks largely to an aberrant tax payment.

Revenue for HP Australia's most recent financial year - ended 31 October 2013 - fell marginally from $3.5 billion in 2012 to $3.3 billion. The company reported a ten percent decline in product sales and a marginal increase in services revenue.

HP Australia's operating loss before tax was $104 million, compared to a $58 million pre-tax loss reported the year prior.

This relates to a write-off of HP's deferred tax assets - $161 million from 2012 - which appears to be related to the capitalised losses reported in the prior reporting period.

HP Australia has recorded unrealised tax assets of around $240 million, which has not been recognised because "it is not considered probable that future taxable profit will be available against which they can be realised,” the company said in its financial filing.

Graeme Wines, Professor of Accounting at Deakin University said the writing off of all deferred tax asset balances indicated HP Australia is not projecting that it will earn profits in the immediate years ahead.

“If it did, the company would not have had to write off the full amount of the [deferred tax asset],” he said.

He said such an approach was the norm in situations where a company that has been turning profits starts to incur losses.

HP Australia, which at the time of reporting its figures employed over 5400 staff, has spent the last 12 months reducing costs from $3.6 billion to $3.4 billion.

The local operations rely significantly on the financial support of its US parent. According to its filing, the company's liabilities exceeded its assets at October 2013 to the tune of $424 million.

"The board of directors has concluded that the consolidated entity [HP Australia] is a going concern as its ultimate holding company, Hewlett-Packard Company, has undertaken to provide financial support to the consolidated entity [HP Australia] so that it can meet its obligations and liabilities as and when they fall due for at least 12 months from the date of signing these financial documents."

HP’s US parent company posted full-year net profit of US$5.1 billion (A$5.56 billion), turning around a US$12.7 billion loss incurred in the previous fiscal year. The company's global revenue was down seven percent to US$12.3 billion.

HP Australia hired a new managing director in the last six months, after the departure of the local operation's MD and enterprise services boss.

Both were replaced by HP's former UK and Ireland vice president Nick Wilson, who emigrated down under to the role of managing director for HP South Pacific.

The company declined to respond to request for comment from iTnews.