How WA's first GCIO will overhaul IT and reskill CIOs 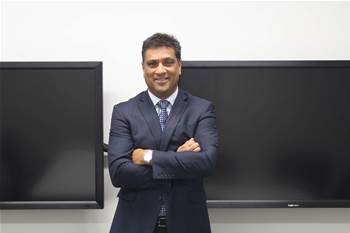 Western Australia’s first government CIO says he is excited and motivated by the state’s lawmakers “finally” waking up to the importance of IT to the delivery of public services.

Giles Nunis was formally appointed to the role last week, putting him at the helm of WA’s strategic IT vision.

He also heads a 16-person GCIO office he wants the public sector to think of as a “small consulting group”, whose purpose is to help the state transition to a world of consumption-based technology.

“I think the departments realise that IT has always been important,” he told iTnews.

“What has changed is we are now getting a level of commitment at the ministerial level, which is saying we must get better engaged with this."

He concedes that WA has lagged behind some of its peers in this respect, but is determined to make over the public service from the ground up.

“Digital transformation is difficult when you don’t have the right infrastructure foundations,” he said.

“At the end of the day I am really interested in trying to take away that pain of infrastructure that really constrains the ability of government to deliver services in a better way.”

He expects to hand Western Australia’s first ever whole-of-government IT strategy to cabinet for approval early next year, but offered a sneak peek at what it might contain.

He wants to whittle down the 60 or 70 data centres used by the state's 120-odd government entities, and offer data centre vendors some deal-sweeteners in exchange for contract discounts.

Nunis is already in talks with a handful of agencies to approach the market collectively with a commitment to lease a specific amount of capacity, rather than a traditional panel arrangement which comes with no such guarantee of work.

“I think we will get a different price because we are actually offering a specific contractual commitment going forward," he said.

“That is much more valuable to the industry because they can see a guaranteed pipeline."

Nunis is also looking towards consolidating government networks and deploying VoiP to to save on the $17 million to $18 million agencies spend on phone calls every year - many of which are made to colleagues in other agencies. Improving disaster recovery is also on the agenda.

Importantly, the new CIO wants to address what he sees as IT brain drain from WA’s public sector, and begin retraining its CIOs.

“We’ve been outsourcing ICT for 15+ years now. I think we’re at the point where we have pretty much outsourced most of it. The impact is, I think, that we have lost ICT capability within the sector," he said.

“We are working on a program to improve capability across CIOs in the government. We have become very contractually driven rather than delivery orientated, so I want to get us more into delivery disciplines and commercially focused."