How utilities will profit from your data 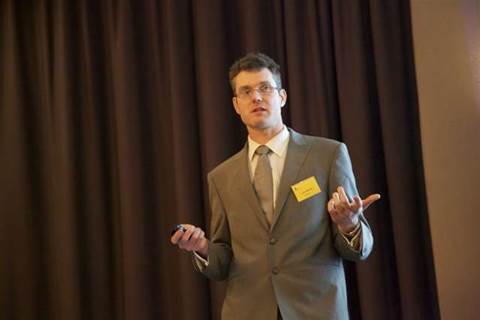 Information about what you do at home is the next gold seam for cash-strapped utilities.

Aggregated customer data was emerging as a lucrative sideline for utilities in a smart grid world but had to be treated with caution, an industry conference heard yesterday.

"I don't think there's a utility in Australia that can accurately tell its utilisation, how much load its customers are using on a day-to-day basis; I'm talking real time, all the time," ActewAGL manager of system control Lucas Millmore told delegates to the IQPC smart grid forum in Sydney.

He said smart meters gave utilities a "suitable understanding" of their customers' behaviours because under earlier systems "we don't have a real clue".

Utilities were replacing their electromechanical accumulation meters that needed to be read by small armies of meter readers with smart meters that charged different tariffs through the day, provided real-time feedback to householders and reduced consumption. And they can aid utilities plan and roll out infrastructure and recover from failure more swiftly.

"Business. We're all here to do business. But, basically, we're here to make money. We can use all of those data flows in a very systematic but also in a very smart way, we can actually make our business earn a helluva lot more than it currently is.

"We waste a lot of time, effort and money doing things we shouldn't be doing, targeting areas we shouldn't actually target purely because we don't know those things prior.

"If you can show the data on the business side you're earning more money or at least reducing your costs because most utilities have a cap where they can't earn more money so the only way to drive a higher profit is to reduce your costs."

But the meters also relayed, stored and tracked information about the goings-on inside a house that would be valuable intelligence for marketers and raised privacy and security concerns, Millmore acknowledged. But those concerns were balanced against new opportunities for revenue outside regulatory systems, he said.

"You can tell when someone's home. You can tell their lifestyle patterns. You know if they go out on a Saturday night, every night. So you're now actually getting a picture of that person.

"You could give the aggregated data of your constituents [customers] to a marketing group.

"I know it sounds bad but as long as you actually scrub the data sufficiently and bring it to an aggregated area you can say that this is a heavy electricity using area.

"You can target them for new appliances or bigger appliances or whatever you want so you can start driving unregulated revenue streams."

Government agencies such as law enforcement may also want access to the data and the problem, Millmore said, was how to use it "for the betterment of all".

"That [customer], now, you can actually target but you also have the problem that someone else can target that person for other reasons.

"So working out how you want to use the data will be an industry-wide decision and ultimately a government decision.

"Can we use that data and can we sell to other groups, other utilities or back to the government for purposes they want to use it for?"

But he said that "people like [utilities] to know what they've got" and 20 years ago often told them about their appliances.

"You go on to Facebook and, literally, the stuff people put on there, crikeys, but people are happy to give you that data now and if you can give them a value add [such as rebates] it depends on how far the utility or retailer takes that."