How technology will unify Toll 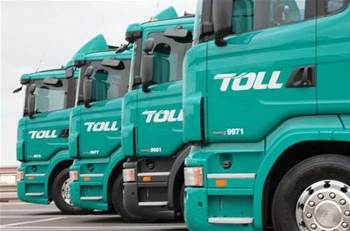 The systems headache formed through 15 years of acquisitions.

There aren’t too many times when the opportunity to undertake what could be the challenge of a career comes around.

For John Ansley, CIO of Toll, this is one of those occasions.

The man is no rookie - one of the country’s most experienced CIOs, he’s met his fair share of challenges at Rio Tinto, Roche and, more recently, as the IT chief at logistics giant Linfox.

But Toll is a different beast. After a ten-year period of rapid-fire growth fuelled by numerous acquisitions, the logistics and supply chain behemoth is now an $9 billion company made up of many moving pieces in need of a puzzle master.

During its period of expansion, Toll decided it wouldn’t fix what wasn’t broken. While it searched for customer overlap with its existing business, the company decided to simply let its acquisitions run as they were rather than trying to integrate them into the group.

This approach resulted in the top and bottom lines of the company running consistently, but with a whole mish-mash of different systems and operating procedures sandwiched in the middle.

“The synergies in the business probably weren’t pursued as heavily as they could have been. And from an IT point of view we’ve ended up with a lot of with legacy solutions in certain areas, based on whatever happened to have come across in acquisitions rather than what is the best solution for the business,” Ansley told iTnews.

“That gives rise to a lot of applications and solutions that need lights-on activity. You’ve got your spend skewed towards keeping the lights on and not enough towards growing the business or innovation.”

Ansley - who joined the company in April - spent the first few months of his tenure diving into the disparate IT landscape and working out what the business wanted to achieve.

The first cab off the rank was the human resources information system. Prior to Ansley’s arrival, Toll had begun the process to shift to a Workday platform to centralise information that had previously been held in multiple databases and systems.

“That’s made a massive difference to understanding who’s in our organisation and planning for their development. Now we can do training plans; previously that information was in multiple databases and systems.”

In what could be considered fate - given Ansley’s position as chairman on the Australian SAP CIO Executive council - the business had already decided to move to SAP’s cloud-based HANA platform for its finance systems.

“We’re looking to improve the efficiency of finance across the business - how do we establish a shared services model for payables, receivables, general accounting etc, how do we improve our spend control and sourcing,” Ansley said.

“What improvements can we make in the decision-making process by giving people better visibility, and how do we make it easier for our customers and suppliers to do business with us.”

The company’s 700-strong IT team is now working on pre-program activities for the new platform, which will be entirely run, managed and operated by SAP in a Sydney Equinix facility.

Toll won’t, however, consolidate all its 30 systems that provide finance functions - it would prefer to leave those that also provide other capabilities alone, and will focus on replacing its core internally-hosted Unibiz finance platform and standardising on the SAP solution globally.

It expects that project to take 18 months or more.

“It depends on us getting our pre-program items done properly, looking at what data needs to be cleansed and understanding what the implication will be to customers and vendors. It’s not an inconsiderate amount of effort,” Ansley said.

“We don’t want to hurt our customers or our business in the process, and we want to make sure everything is running smoothly and the business can receive and process orders.”

The planning stages for the finance transformation will run concurrently with efforts to flesh out strategy and execution plans more widely for the six identified systems that have yet to be touched.

Ansley’s approach - which he said is one apparent in the world’s most successful companies - is to focus on the core first to provide certainty and stability for customers and partners, and upgrade the customer-facing systems later.

“What we’re doing is saying, globally, we need to rationalise our core business processes. So those areas where we just need to be efficient, highly transparent and really good at, they sit inside those eight themes,” Ansley said.

“Where we want to say ‘how do I differentiate myself with my customer?’ - that’s where we’ve got the fringe systems around the outer layer, an API that can plug in and play back into the core systems.

“It really comes from the nature of our interactions with our customers - they expect a level of service from us at a price, and they also expect a continuous improvement process.

“If you look at the contracts that third-party logistics companies have there’s typically improvement targets built into the contract. If you don’t focus on normalising core processes and becoming more efficient it’s very hard to make those ongoing improvements.”

That way, Ansley said, Toll can refocus its technology spend to be all about innovation, rather than keeping the lights on.