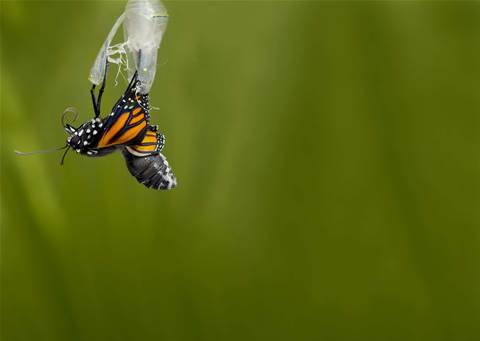 WA’s land titling authority Landgate has catapulted through a radical five-year transformation and emerged out the other side a drastically smaller, vastly automated organisation operating part-time as a software vendor.

Landgate chief executive Mike Bradford told the GovInnovate conference in Canberra this week that the agency saw the writing on the wall in 2010, as the advance of electronic property trading gathered pace, and other states began to sell their own registries to the private sector in anticipation of the market shake-up.

Since then, NSW has announced its intention to sell off part of Land and Property Information, and SA is formally scoping its options for its own Lands Titles Office. Victoria’s then-Liberal government threatened to do the same in 2014 before it lost office.

“We are seeing privatisation of land registries starting to occur largely because the governments in each of those jurisdictions don’t believe that the government=owned operator has the capability or capacity to deal with the industry transformation we see coming,” Bradford said.

But instead of sitting and waiting to be dismantled,  Landgate launched into a five-year, IT-based revolution.

“We needed to fundamentally and radically transform Landgate as an organisation. We decided we had to be the best land registry in the world bar none, so we set about finding out who that was at the time and benchmarked ourselves against them."

Bradford acknowledged it hasn’t been an easy process - taking the organisation from more than 950 staff to less than 600 in five years.

But he insisted it was "worth it even if it has been a little traumatic”.

Landgate’s primary offering is information and records, so unsurprisingly the job started at the IT level, when the agency decided to wipe the slate clean and start with a greenfields, as-a-service approach.

It got all the way up to its core, legacy titling system before the cloud-only rule hit a wall.

“There are about 37 Torrens Titles land titling jurisdictions like us in the world,” Bradford said.

“We did a worldwide market survey and found there are 35 different systems they use - all of them are bespoke, all of them were circa 2000, built as a Y2K first generation digitisation effort. And all of them are in serious need of replacement.”

The agency “reluctantly accepted” it had to build its own system.

But at the same time it realised it had unwittingly peeled back the surface on a whole new market for modern titling software.

Since its market survey, Landgate has built a cloud-native, multi-tenanted titling solution in partnership with its unnamed IT outsourcer, which it is now actively marketing to other jurisdictions in Australia, North America and Europe.

It has spun off a commercial entity called Advara that holds the IP to the software.

“We reached an in-principle agreement from the outset that … the ICT vendor could participate in the commercialisation. That created a significant alignment of interests and incentive for them to deliver,” Bradford said.

Advara has already secured a non-disclosure agreement with one Australian jurisdiction, Bradford said, and has had interest from governments globally. Landgate is also keeping a very close eye on privatisation tenders in other states for future market opportunities.

The new system went live in WA in June 2015 and has automated manual processes that once took up to an hour, and now are done in seconds.

Bradford said the original business case put Landgate on a path to save $52 million in five years, based on a 25 percent reduction in salaries each year.

“In the first year we have achieved a $15 million saving so we are looking to exceed that,” he said.