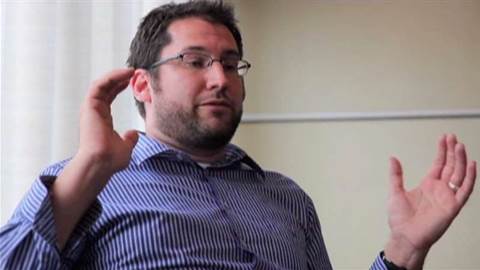 As Melbourne IT launched its vCloud Express service alongside the launch of VMware’s VCloud software in September, Citrus general manager of technology and operations Andrew Fisher decided to give it a go with some of his retail clients’ websites.

The Melbourne IT cloud computing service is based on VMware software and EMC storage and was to compete on the global stage with the likes of Amazon.com. It would operate on a 'pay-per-use' model.

Fisher, who works with the IT infrastructure of large retailers including Borders, Sportsgirl, Spotlight and Toys 'R' Us, found the service changed the way Citrus thought about addressing IT infrastructure.

Fisher used the example of a retailer slashing its prices and web traffic surging to its site. Previously, the company had to scramble around for IT infrastructure to support such a surge.

“So as you can imagine, for them, they want to be able to go out next week when they're having a bit of a slow time in terms of the stores and be able to say 'do you know what? We're just going to offer 20 percent off everything',” Fisher said.

He said that without the VCloud express service the website of a retailer would normally take “an absolute caning” if physical IT infrastructure wasn’t provisioned to service the increase in traffic.

“For us we would sort of look at this and work out varying ways to sort of provide the infrastructure to do that,” Fisher said.

“In the traditional sort of model we would either have to be over-provisioned or under-provisioned to actually be able to deal with that," he said. "So it either means running the risk of having a collapse on a big sale time - or a big influx - or being over-provisioned where you've got huge amounts of servers sitting there just doing nothing”.

Fisher said that one of the greatest benefits of the VCloud service was being able to scale out any part of the server stack independently. He said this was dramatically changing the way Citrus worked with its clients and meant it could offer more flexibility.

"So we can go out to them and say, 'Look, we've got this fantastic idea - we're going to drive a million people to your website next Tuesday,' and not have to be chasing around trying to get infrastructure in there to actually support that".