How losing its mainframe gained the RBA a Benchmark Award 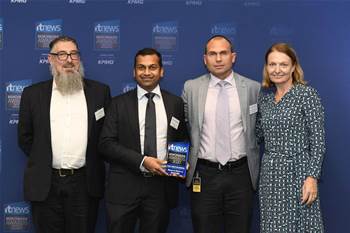 The Reserve Bank of Australia has become a truly a 24x7 institution thanks to a major overhaul of its core banking system.

The central bank wrapped up the modernisation and decommissioned its legacy mainframe core banking applications in the second half of 2019.

It builds on early work to develop the Fast Settlements Service infrastructure that sits behind the New Payments Platform (NPP) that now underpins Australia’s financial system.

Together with a new cloud-based API gateway, government agencies are able to use the NPP and the new core banking system to trigger calls to initiate payments and banking services in real-time.

The RBA has delivered the program in-house, but had deliberately avoided bespoke software development.

The iTnews editors believe this once-in-a-generation project typifies the modern, agile IT practices championed by the late Paul Shetler, to whom this special award is dedicated.

You can read more about the RBA's work alongside the other winning projects and finalists here.