How IAG NZ took control of its operations environment 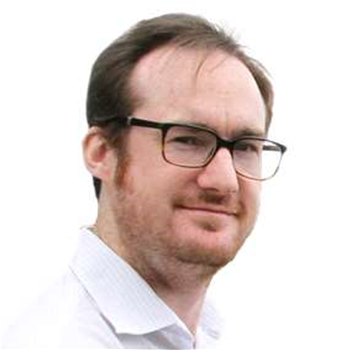 Commissioning VMs slashed to under 15 minutes.

IAG New Zealand has spun up more than 700 server virtual machines since the company overhauled its virtualisation practices less than a year ago.

But that's not the best part, according to the insurer's operations solutions architect Andrew Nicolson. Two hundred and fifty of those have subsequently been decommissioned after they were no longer needed.

This would have been unthinkable in the past, when VMs were configured and managed manually. But deploying VMs has become an everyday occurrence in a new operating environment that has also slashed the time to set up new instances from between three and five days down to less than 15 minutes.

The company's automation platform – which is built on VMware's vRealize Suite cloud management platform – has proven to be a boon for the nearly 500 people in IAG NZ's technology services team, spread across three locations.

The team had previously struggled with consistency between commissioned systems and processes across dev and test, pre-production and production environments.

“We had three different teams managing activities in those environments and each had different ways of doing things,” Nicolson said.

To commission new services, teams previously had to wait until each new VM was passed through different operational areas – which would variously assign IP addresses, add items to the change management database (CMDB), set up backup procedures, add entries to Active Directory, and so on.

“Even if you could line everyone up and no-one was working on anything else, it would probably be just over a day for the hands to do it all,” he said.

“The cost of troubleshooting that is enormous because you would have entire teams sitting around scratching their heads because something wasn't as it should be.”

Spread across the lifecycle of a new project, these inefficiencies dramatically slowed down the introduction of new services.

“Getting through to production was measured in weeks to months to half a year, which in this day and age is just unacceptable,” he said.

The project that led to the introduction of the vRealize tools began 18 months ago, resulting in the new environment go live in August 2015.

IAG NZ can now provision a base VM in less than 15 minutes, and decommission one within five minutes.

Deployment of resources is dramatically faster, and better resource utilisation has led to cost savings from greater efficiency in everyday operations.

“It's all about us trying to leverage our scale and get some reuse,” Nicolson said.

After gaining the ‘foundational capability’ of the new system quickly, the team can now bring on new functionality incrementally.

“Now the services come on top independently of each other, and we can continuously add to the service catalogue and our automation capabilities,” he said.

As the new environment continues to mature, Nicolson says, the operations teams are continuing to near their ‘Nirvana state’.

“The Nirvana state is that we are able to, at the press of a button, build an environment, deploy the latest release of software into it, run it and decommission that environment once we've finished using it – while everyone is home in bed," Nicolson said.

“We still have work to do for this, but we have a mountain of work on the horizon. Now we know what's coming up, and what we need to do to get there.”