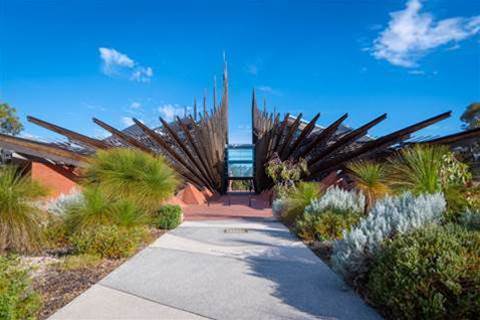 As demand for remote learning spikes.

Edith Cowan University’s push to overhaul the way it uses video has paid dividends with its recent switch to “emergency remote teaching”, and further improvements are on track for the second semester.

As part of the university’s 2017-2021 strategic plan, video should be incorporated as a complementary and integrated part of any and all lesson plans, rather than a supplementary tool used as an afterthought.

Ratna said this position allowed the university’s staff to maintain high standards of teaching even as the coronavirus pandemic shut down parts of ECU’s campuses.

The university chose Panopto as its video platform provider, Selvaratnam said, because video hosting, sharing, recording, and editing could all be performed in the one platform.

Panopto also integrated with ECU’s Blackboard learning management system and provided a way for students and staff to easily search for spoken content in the video thanks to automated transcription and tagging capabilities.

Recording infrastructure was initially rolled out in larger spaces like lecture theatres, but Selvaratnam said that the university is considering how video can be integrated with tutorials to better support remote learning.

Chief information officer Vito Forte added that the system is an improvement over the previous, in-house video hosting setup at the university.

Videos on Panopto are currently hosted on Amazon Web Services’ Singapore cloud region, but the Perth-based university had originally used a local private cloud service for storage when it adopted Panopto.

“The local service was working well, but as other Australian universities began signing up it exceeded the capacity to deliver the quality of service we wanted.”

The transfer of content to AWS was completed over the course of a weekend in October 2019, with Panopto supporting the migration and maintaining the cloud environment for ECU, Forte said.

It has also provided the university insight into how it can adopt new video formats such as shorter, less formal styles of delivery rather than simply reproducing lecture content.

Some initiatives were put on hold due to the health crisis, such as an expansion of video into tutorial classrooms and an exploration of automated video capture to support educators in delivering more contemporary content.

However, Selvaratnam said that positive feedback from staff and students means work will resume to refine video content and the technology platform during semester two.