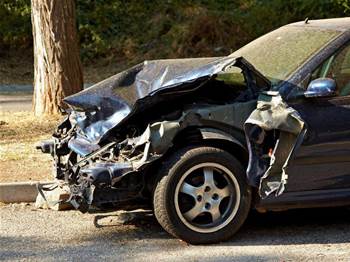 Could analytics save you $75 on your green slip?

NSW's insurance watchdog has enlisted the help of the state government’s Data Analytics Centre to help it stamp out what it suspects is a growing trade in “claims farming” driving up dubious CTP insurance payouts.

Executive director at the State Insurance Regulatory Authority, Andrew Nicholls, says the agency has seen an “off the Richter scale” increase in minor road accident compensation claims in recent years, which could be costing the system as much as $400 million annually.

He said the rate of small claims made by applicants with a lawyer in tow increased by 20 percent in 2013 and 2014, and then leapt 40 percent in 2015 - despite a declining rate of motor vehicle accidents.

Nicholls suspects the state has fallen into the grip of cold-calling “claims farms” who encourage accident victims to exaggerate their compensation claims and drum up work for lawyers, who pay them a commission in return.

The practice has now been banned in NSW, but enforcement is hard - especially when many of the claims farms are based offshore - so the SIRA has turned to data profiling in an effort to flag claims that look dodgy before they are paid out by the big green slip insurers.

Since 2013 the agency has been working on consolidating all of the CTP claims data it collects from insurers into a single database to give it some clues about what might be driving the surge.

But Nicholls said the agency has been “in catch-up mode” using old data to analyse long-ago settled claims.

Now, thanks to $2.1 million in fraud reduction funding from the state budget, the agency is building a “super database” that will allow it to alert the insurance companies to claims they should be probing further, in close to real-time.

The new database will be rebuilt within SIRA's existing SAS platform.

It will pick up patterns like lawyers who lodge a high number of claims verified by the same medical professionals; geographic clusters of claimants; batches of claims that are lodged months or years after an accident occurred; or several members of the same family that make similar claims with different insurance providers in the same window of time.

SIRA already has one lawyer on its watchlist who made more than 200 separate minor injury claims where the client was seen by the same doctor. The lawyer also made a higher number of separate injury claims per accident, had a higher proportion of child claimants - who the insurers are less likely to investigate - and had clients who were more likely to be out of work at the time of their claim.

“We need to make these changes so we’re on the front foot. If a new doctor comes onto the watchlist we can see them much more quickly. If we see a particular law firm that always works with the same doctor that will send us a red flag. We can more precisely piece together the patterns,” Nicholls said.

So far the SIRA has relied on data that NSW green slip providers are legally obliged to share with them as part of their monitoring duties.

Nicholls said the agency is in a special position to pick up trends across the insurance spectrum that individual insurers can't see looking at their own claims in isolation.

It has also teamed up with the Data Analytics Centre to starting bringing new datasets, like police motor accident records, into the equation.

“Their role is to think laterally about how government data could be used in the public interest. This will give us a big head start from a much earlier line of sight,” Nicholls said.

Ultimately the agency hopes better flags for dubious claims will make the insurers more likely to investigate lower-value claims, and that they will return any savings back to the customer in the form of what SIRA estimates could be a $75 cut to the cost of compulsory third-party insurance in NSW.