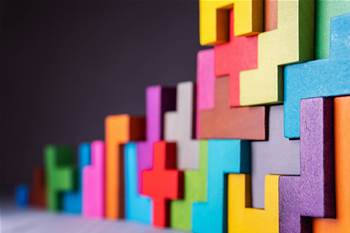 NSW Health Pathology relied on its investment in API-led connectivity over the past four years to rapidly build out “world-class” public facing services in response to the coronavirus pandemic.

Enterprise architect Tim Eckersley told the MuleSoft CONNECT digital summit last week the agency was able to move with speed in the early stages of COVID-19 thanks to its “large library of healthcare microservices”.

The “library of API-led microservices” has been developed over the past four years to allow “seamless integration between a very broad range of healthcare systems”.

He said that “each wave of delivery” had built up a “groundswell of microservices” which - although not always reusable straight away, “the reusable components gradually take a much more dominant posture and provide a really solid launching place to have this rapid response”.

“In terms of what we’ve been able to achieve with MuleSoft, we’ve used it to integrate our four laboratory information systems, which are our core systems of record in the background, with the greater health system,” Eckersley said.

“So that’s the eMRs [electronic medical records] or the eHRs [electronic health records], depending on if you're in Australia or the United States, as well as the outpatients administration systems.”

“But then also tie those [systems] together with our federal systems, so things like the My Health Record and the national cancer screening registry.”

Eckersley, who heads up the agency’s DevOps group, said the architectural approach had allowed the agency, which is the largest public provider of pathology in Australia, to stand up a text bot to deliver COVID-19 test results to patients in as little as two weeks.

The automated citizen-facing service, which was developed in the first weeks of the pandemic in partnership with AWS, Deloitte, Microsoft, resulted in a drastic reduction in hours - or the equivalent of returning “5000 days of effort back to clinical frontline staff”.

He said the “world-class service” - which returns a test result in less than 24 hours, several days faster than in other parts of the world - was initially piloted with several clinics, before being “rapidly rolled out across the state”.

“All [patients need to do when they go to get a nasal swab taken] is scan a QR code and it immediately pops open a text message of ‘what are my results?’ to our text bot service,” Eckersley said.

“And then that text bot requests that [the patient] put in identifying information, as well as the date their collection was taken, and it will instantly give them the results as soon as they become available.”

“[This] allows us to pick up any of these edge cases which don't automatically match and push out, and that allows us to keep that ceiling on patient notifications right down to within that three day window,” he said.

“And we've also been able to rapidly expand out the different audiences … to repackage that information out to different consumers, so that's enabled us to leverage our developments to feed out the information to public health and our Service NSW partners.

“But also build our agent portal, which really provides a fantastic mechanism for our call centre agents to be able to have a great discussion with patients who haven’t been able to be contacted automatically and figure out what went wrong.”

However, Eckersley said that without the extensive work around building up a library of microservices over the prior four years, the agency would not have been in a position to “respond in as little as two weeks to get the initial service up and running.”

“The critical part of that is adapting [an] API-led pattern to the healthcare industry, and I think this is something that we’ve done relatively innovatively,” he said.

“[By] taking an HL7 message, using the MuleSoft HL7 adapters and then connecting it up with cloud infrastructure like Azure service bus for messaging, we’ve been able make a state-scaled solution really quickly which can pick up the millions of messages that we get running through the state in any given week and handle them in an API-led way.

“So we take that message in HL7, we convert it to XML, and then we push it through our process API layer.

"Then at that point, it is converted into a range of different FHIR [Fast Healthcare Interoperability Resources].

"[We're] able to, once in those FHIR resources, leverage things like Cosmos, which is a NoSQL database at hyperscale, to be able to store that information and present a set of an experience APIs to things like our web and mobile apps, as well as our partners.

"In our case we’ve integrated with Service NSW, and our text bot of course”.

Eckersley said the agency was now in the process of shifting all of its MuleSoft services to Kubernetes “piece-by-piece, rather than taking a big bang approach”, which will allow the agency to reduce risk and prioritise what applications it moves.

“Even where we’ve had things like a billing project that’s using MuleSoft integration to bring data from our legacy systems into our more modern systems, we’ve been able to pick up components of that previous project and reuse them to build these new services,” he said.

“Where we've had legacy, we’ve had to build things from scratch in our modern integration environment, and obviously that takes longer and takes more effort.

“So we're creating a situation where we’re removing technical debt as we go through the crisis, and I think that’s been really centred around our strategy with Mulesoft.

“Where we’ve had nice modular reusable services that we’ve built in our environment, we’ve been able to use them straight away, in hours or days versus weeks to build something from scratch."

He also said that the upheaval had forced NSW Health Pathology to adopt agile practices, where before the pandemic hit, the agency was only using Agile ways of working only 10 percent of the time.

“I think the opportunity is now there to introduce that way of working into all of our work or most of our work, which will really enhance the experience of our customers internally,” Patterson said.