How ANZ Bank is overhauling its dev environment 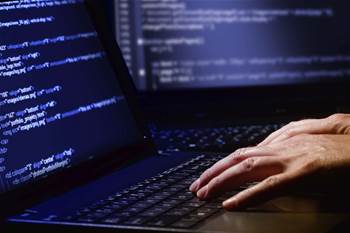 ANZ Bank is in the early stages of deploying a new data virtualisation and masking tool for application development that it expects will drastically reduce internal red tape and wait times for developers to access up-to-date copies of production data.

The bank last year undertook a proof of concept with three separate vendors to identify which could best address specific pain points in the bank’s application testing and development process.

It ended up going with Delphix, and is currently rolling out the technology for the first time across one of the bank’s transformation projects, solution architect Alex Braunegg told the Gartner Symposium on the Gold Coast.

Delphix’s software connects to a source system using standard APIs and creates a one-time compressed copy of the data, remaining “non-disruptively” synchronised with the source system.

The software also stores changes made to the virtual copy and allows developers to rewind them back to the original data through a self-service interface that provides on-demand access to the source system data.

The bank was looking for a solution that could do a number of things, including remove the issues inherent to shared systems; those that separate project development teams have agreed to share for cost and efficiency purposes.

“That works part of the time,” Braunegg said.

“But what happens if Project A’s scheduling slips? Data from our production environment can’t be seen through to non-production in time, that project’s time window to access that shared resource is now impacting a secondary project, so you end up with a higher contention of shared resources.”

The bank was also keen to get rid of the long wait times developers were experiencing in getting access to data.

Braunegg said existing approval and provisioning processes meant it can take weeks or even months for requested data to land in developers' hands, potentially impacting delivery timelines and ANZ’s competitiveness in the marketplace.

“What does that mean for your project and timeline when every time you want to re-run your test you have you wait for data to come back from production?” he said.

“Using data virtualisation we can go a hundred times quicker.

“The developer themselves is given complete access and control to provision data in a non-production environment in minutes. If a developer requires a new version of data to test their application code changes against current production data, they can do that in minutes rather than waiting weeks for the latest dataset to come through.”

The tool also helps ANZ to be compliant with its regulatory obligations.

“We’re able to say production data will never ever leave production, only a masked golden copy by secure channels will. We can accurately identify who has got access to what data and when for any audit items that come up,” Braunegg said.

“Additionally we can set expiry times on that data. So if a particular project requires that data for three months, and our regulatory requirement is it must be deleted after three months - bang, gone.”

The bank is expecting additional benefits from a reduction in costs associated with storage provision.

“We can now accurately identify exactly what team is consuming what resources. No longer do we have to say ‘we need 100TB of storage for this program of work and it’s going to cost us $50,000 to provision,” Braunegg said.

“We can say ‘well we’ve actually only used about 1.5TB and the commodity cost is x’, and we can actually backtrack that through the appropriate systems.”

Allie Coyne attended Gartner Symposium as a guest of Gartner.