How a SuperChoice Java developer became its DevOps guru 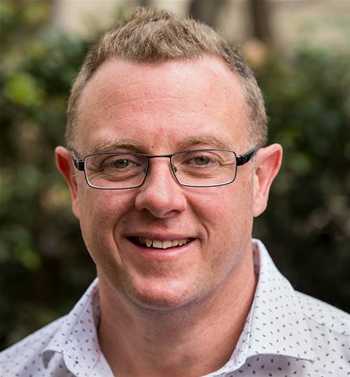 Seized a chance to upskill.

If you have a question on DevOps or automation at SuperChoice, you go to Ross Stuart.

But Stuart wasn’t always an expert on cloud automation. He started life at the super firm as a Java developer in 2012.

His first dabblings in this area came as part of SuperChoice’s 2016 IT infrastructure overhaul to microservices hosted across multiple clouds.

Despite not being directly involved in the project, Stuart put his hand up to help out, eyeing an opportunity to broaden his skillset.

Then, later that same year, SuperChoice Australia agreed to take responsibility for managing its UK application IT environment back in-house from outsourced provider CGI.

As part of this arrangement it agreed to migrate the application to Azure and PostgreSQL technology from an Oracle database, and introduce a fully automated build and deployment capability using multiple cloud environments.

This also led to a pilot of containerisation with Docker.

But SuperChoice didn’t have any experience with Azure, or containerisation, and was still working to fully perfect its own automated build and deploy model.

Stuart, according to SuperChoice CIO Ian Gibson, took it upon himself to fully understand each technology and how the components of an automated build and deployment, multi-cloud, multi-country capability would all work together.

“We had virtually no experience in managing the [UK] system let alone doing so in Azure and from the other side of the world,” SuperChoice’s head of production support Peter Jong said.

“Ross was one of the few people to understand how it worked and was meant to work. His quiet and confident style was a real asset in getting this difficult project across the line and to a point where we can take on the responsibility confidently."

Despite a lack of leadership and people management experience, Stuart’s dedication to increasing his knowledge of DevOps and automation meant he quickly rose to become the lead DevOps expert in the company.

He has grown his expertise to the point where he is now presenting on the topic at conferences including Scrum Australia, and is leading a team of internal DevOps engineers.

“The focus of his role has also shifted from doing to coaching in recognition of his expertise and mastery of automation,” Gibson said.

Stuart is a finalist in the inaugural rising star category of the iTnews Benchmark Awards 2017/18. The full list of finalists can be found here.