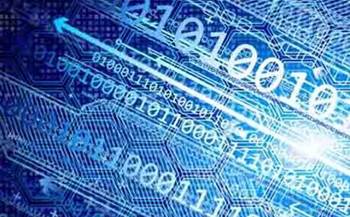 Anonymous payments records could be made public.

The House of Representatives yesterday passed a bill that could see vast troves of de-identified data on Australia’s welfare recipients released to the public.

After a number of unsuccessful attempts, the lower house finally ushered through the government's autumn red-tape reduction omnibus, designed to strip redundant legislation and unnecessary bureaucracy out of Australia’s laws.

Should it clear the Senate, schedule five of the omnibus bill will change welfare legislation in a way that allow for the release of “de-identified, aggregated data” for the purpose of policy, research and public transparency.

The data due to be released is collected under the acts governing family tax benefits, paid parental leave, social security and student allowances.

An explanatory memorandum to the bill claims to date, there has been confusion around whether the release of the anonymised data sets for research purposes is legal under the various laws. The text of each of the acts demands that any release be “strictly for the purposes” of the act itself.

Such a release would be a practical push towards leveraging the value of open data, a stated aim of many Australian governments including the Commonwealth. A 2014 report estimated that open data released in Australia could create a $16 billion injection to GDP.

Explanatory documents insist that the information - which would track the payments made to some of Australia’s most vulnerable citizens - would only be released in a form that “does not disclose, either directly or indirectly, information about a particular person”.

“This amendment will clarify that the use of protected information for the purpose of aggregation and de-identification is permissible, enabling greater access to aggregated data for researchers and the general public," the documents state.

This de-identification puts the datasets outside of the remit of the Privacy Act. the bill states.

“Anyone that promises this sort of anonymity has got rocks in their head,” he told iTnews.

“There are just too many cases of information being re-identified by linking it up with auxiliary data.”

Numerous groups of researchers have already proved that anonymised data is problematic by re-identifying data sets.

A team from the University of Texas unlocked a database of 500,000 seemingly anonymous Netflix users in 2008, while a privacy researcher reverse-engineered celebrities’ taxi rides by pairing de-identified records from the New York Taxi & Limousine Company with social media pictures.

Wilson added, however, that privacy should not preclude open data.

In New Zealand, researchers from recognised institutions are given access to large troves of de-identified information by signing up to a code of conduct.

Wilson said he would like to see a similar approach adopted in Australia.