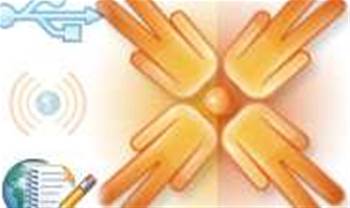 IBM has launched a hosted version of its Lotus Notes messaging software.

The Lotus Notes Hosted Messaging service will allow companies in the 1,000 to 10,000 employ range to use the Notes messaging platform without the need to purchase and install software. IBM said that the per-user cost of the service will be under US$10 per month.

The service is IBM's effort to remake the Lotus Notes communication suite as a web-based service. Previous moves by the company have included the launch of email clients for the iPhone based on the Domino webmail system.

Microsoft is undertaking a similar transformation with its Exchange system while traditional software-as-a-service vendors such as Google and Salesforce are moving into the enterprise communications arena.

"There is high demand for this approach because of the way it is delivered, and its competitive pricing."

Got a news tip for our journalists? Share it with us anonymously here.
Copyright ©v3.co.uk
Tags:
hostedibmlotusmessagingnotesservicesoftware