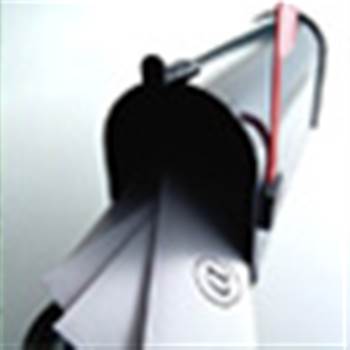 The Chinese territory currently has no laws specifically outlawing junk email, and recent surveys looking at the sources of spam have included Hong Kong and China among the worst in the world.

The proposed new law appears to threaten companies which knowingly use spammers to market their products if they are based in, or do business in, Hong Kong.

It may also allow action against individuals who authorise spam campaigns if they are in Hong Kong at the time the spam is sent.

The legislation has been designed to work with international anti-spam efforts. "The law covers all electronic messages with a Hong Kong connection. If it originated from Hong Kong, or is sent to Hong Kong, it is within the ambit of the bill," said Joseph Wong, Hong Kong's secretary for commerce, industry and technology.

The government of the semi-autonomous Chinese territory has not yet released the full text of its proposed Unsolicited Electronic Messages Bill, but earlier comments and presentations by officials outline much of its content.

The law is intended to be open ended, covering all present and future forms of electronic communication, including telephone, fax and instant messaging as well as email.

The bill, which is expected to be passed into law later this year, will require email senders to provide a usable 'opt out' option to recipients, and remove their addresses from email lists within 10 working days when requested.

It also forces senders to provide their names, physical addresses and other contact information in every email, and prohibits misleading subject headings.

One of the key thrusts of the legislation is to prevent Hong Kong becoming a haven for illicit spamming activities, the law's drafters stated in a presentation in March. It is also hoped that it will protect Hong Kong residents and businesses from spam.

The law will threaten spammers with a variety of penalties, the most serious being reserved for those who route spam through open relays run by innocent third parties, or hack into other computers to relay spam.

Each of these offences can result in fines of up to US$130,000 and jail sentences of as much as five years. If the content of the spam itself is fraudulent, the maximum jail term is 10 years and there is no limit on the fine that can be imposed.

The law will also specifically preserve the right of spam victims to take their own civil action against spammers, whether or not the government obtains a conviction.

This will allow victims to make use of Hong Kong's Small Claims Tribunal, which is designed to resolve cases involving losses of up to US$6,500 quickly and cheaply.

"The internet service providers will be required to co-operate and provide information as necessary in order to enable our enforcement actions to be taken," said Wong.

"And if the ISPs, or indeed any other parties, are found to be helping these spam activities, they may be liable to offences under this legislation."

Between 60 and 90 per cent of email received in Hong Kong is spam, according to the Hong Kong ISP Association.

Two years ago, when the figure was around 50 per cent, the Asia Digital Marketing Association estimated that controlling spam was already costing local companies almost US$40 per employee every month, or about US$770m per year in lost productivity.

The Hong Kong Productivity Council, which promotes anti-spam efforts, reported that 60 per cent of the email its staff receives is spam.

Officials have also indicated that they will not create a 'do-not-call' list for email, although they will do so for other services, citing US Federal Trade Commission findings.

"Such a register would be a gold mine for illicit spammers seeking a list of valid email addresses to spam," said a Hong Kong official.

"At this stage, we think that 'do-not-call' registers should be suitable for pre-recorded voice or video messages, fax messages and SMS/MMS messages."

Despite the spam problem, government officials stressed that it is important to protect local businesses.

"Electronic communications are a low-cost means of market promotion for small and medium enterprises, which constitute about 98 per cent of Hong Kong's business community," said Marion Lai, deputy secretary for commerce, industry and technology in Hong Kong.

"The legislative proposals should not therefore stifle the survival and growth of these small companies."

Got a news tip for our journalists? Share it with us anonymously here.
Copyright ©v3.co.uk
Tags:
antispamdraftsfirsthongkonglawtelco/isp