Home owners could be hit with NBN kit costs 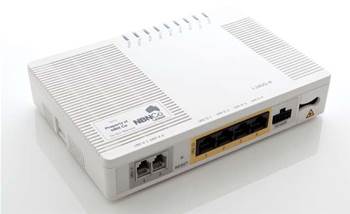 Plus lower speeds than ordered.

NBN Co is looking to pass off the responsibility for installing and maintaining the network equipment needed for connections to the national broadband network onto NBN service providers, with home owners now likely to be charged for the kit.

Under a proposal sent to the telecommunications industry, sighted by iTnews, NBN Co said the responsibility for installing the equipment - such as modems - would now lie with internet service providers.

Installation of modems could either be done by home owners themselves or a professional contractor, and would likely incur a fee. NBN Co currently does not charge customers to install such equipment.

Such costs would likely range from $150 - $250 for a professional installation.

However NBN Co warned against users installing their own equipment to avoid higher costs and delays, as such efforts would likely result in errors in installation, given the “sensitive” nature of the fibre-to-the-node network.

It also said it could not guarantee any level of speed performance under a self installation.

was based specifically on points raised by a number of retail telcos.

The spokesperson said a standard connection to the NBN remained free and there was no proposal to directly charge end users for a connection.

"But we would consider setting up a professional paid-for installation field force for additional in-home wiring if RSPs wanted it."

NBN Co is also likely to stop offering back-up batteries to premises, which had previously been mandated by the Labor Government for end users requiring the units.

Responsibility for the provision of back-up batteries - which keep certain services running in the event of an outage - would be handed to internet service providers, under the terms of the proposal.

NBN Co also revealed in the discussion paper it would only guarantee download and upload speeds equivalent to that of ADSL2 services under its new fibre-to-the-node model.

End users will only be guaranteed download speeds of 25 Mbps and upload speeds of 1 Mbps, despite being able to purchase higher speed tiers.

Although being advertised as “up to 100 Mbps”, customers will likely not be informed if their service will actually reach such speeds.

NBN Co said it would not prevent end users and providers ordering the up to 100 Mbps speed tier for a service that would experience general speeds of under 50 Mbps.

"We're committed to meeting the levels of service outlined in the Statement of Expectations. That includes ensuring 90 percent of premises in the fixed line footprint can have access to download data rates of 50Mbps by 2019," an NBN Co spokesperson said.

Six of the company's executives, including new CEO Bill Morrow, appeared at a hearing of the Senate Select Committee on the National Broadband Network today.

“You’re actually comfortable with charging customers for services they can’t get?” Senator Stephen Conroy asked Morrow during the hearing.

“All we can offer is the wholesale provider certain speeds and services at a price point that is set to the [retail service providers]. It is the RSP that interacts with the customers,” Morrow said.

“I want to know at what point do I know what speed I am able to get,” Conroy said.

“Not until the RSP approaches you and makes a proposition,” Morrow said. “It’s the RSP that’s going to determine this. It’s not an issue of physics, it’s the business model they choose to make, and we’re not dictating what that is.”
Got a news tip for our journalists? Share it with us anonymously here.