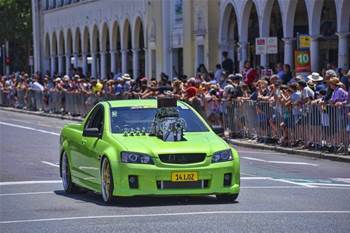 As General Motors reverses out of Australia.

Holden has confirmed that its prototype mobility-as-a-service play Maven, which offered Uber drivers the ability to rent a vehicle straight off a dealership lot within minutes using a mobile app, will be shuttered alongside the main brand that will cease operations in 2021.

The decision draws to a close one of the most closely watched business transformations recently undertaken in Australia, where the famed former local automaker sought to rework the once predominant model of vehicle ownership into an on-demand proposition.

It was a move that had thousands of Australians marvelling at the potential that they could swap their car keys for a phone app to unlock cars and drive away, a feature that is still largely yet to make it to market.

Absent minded Australians used to hunting frantically for keys now can only dream what might have been.

“The Holden brand will be retired from sales in Australia and New Zealand and local design and engineering operations will wind down by 2021,” General Motors said on Monday.

“Maven and Holden Financial Services operations will also wind down in Australia.”

While the emergence of vehicle sharing has taken off in Australia through the likes of GoGet and its competitors, where Maven differed is that it made vehicles available straight from the manufacturer that were sited on dealership lots rather an occupying street parking.

The business model also sought to transform auto-financing for part time or full time ride-share drivers by allowing them to only pay for the vehicle when they used it so that cars would not sit idle on lots.

“Over recent years, as the industry underwent significant change globally and locally, we implemented a number of alternative strategies to try to sustain and improve the business, together with the local team,” said GM International Operations Senior Vice President Julian Blissett.

“After comprehensive assessment, we regret that we could not prioritize the investment required for Holden to be successful for the long term in Australia and New Zealand, over all other considerations we have globally.”

A lot can change in the space of three short years.

In 2017 General Motors pledged to launch its ‘OnStar’ in-vehicle telematics system in Australia by 2020 at the Detroit Motor Show.

Holden’s departure, which GM has attributed to “highly fragmented right-hand-drive markets”, will also draw a line under a key former domestic manufacturer, with local R&D knowledge contributing to autonomous vehicles marketed in Australia. 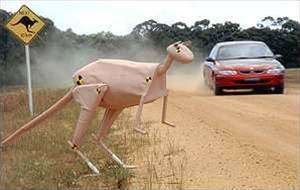 A significant concern on Australian regional roads is how autonomous vehicles will recognise and react to Kangaroos that can behave erratically when spooked by cars and trucks.

In 2000 Holden revealed it had specifically created a crash-test macropod dubbed Robo Roo to assess the way Kangaroos could damage vehicles and vice versa.