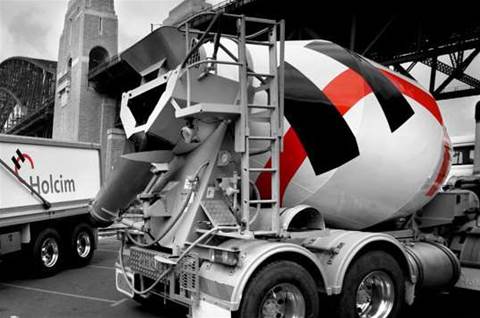 Construction materials maker Holcim will roll out Google Apps to its 40,000 users worldwide.

The firm, which has Australian operations consisting of more than 200 concrete plants, 88 quarries and approximately 3300 employees, is due to start rolling out the suite to its worldwide operations from the middle of this year.

A Holcim Australia spokesperson told iTnews that the local operations "will be starting on our implementation planning this year".

"We hope to have the transition across to Google Apps by mid to late 2014," the spokesperson said.

Global chief information officer Khushnud Irani said the Apps suite was selected to help the company "concentrate on our core businesses, and bring our employees, customers and partners across the globe closer together."

"Collaboration and the global spread of experiences and expertise will be easier, faster, and more efficient, in real-time and from anywhere via mobile and desktop devices," Irani said in a blog post.

"Over time, we believe Google Apps will help to create stronger relationships with customers, suppliers and other business partners by directly involving them in online discussions, idea exchange and project work."

Irani said that in addition to the Apps suite, Holcim would implement Google Search Appliance for internal search, Google App Engine for the creation of web apps, and Google Apps Vault for managing and archiving email data.