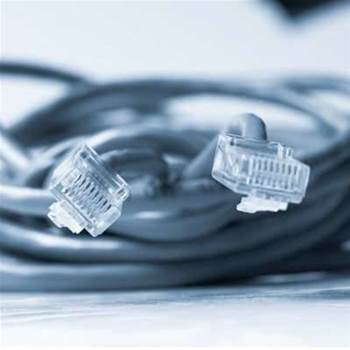 MYEFO: ICON privatisation on the cards.

The Government will investigate the feasibility of selling off Canberra’s secure public sector communications network to a third party provider, in an effort to reduce the operating costs of the federal government.

The Intra-Government Communications Network (ICON) is the secure fibre network connecting 400 government buildings and 80 agencies throughout Canberra. It began operations in 1991 as a private communications link between Department of Foreign Affairs and Trade sites, and has since expanded to 150,000km of fibre across the nation’s capital.

It is accredited to carry information up to the ‘protected’ classification without encryption.

In its 2014-15 mid-year economic and fiscal outlook (MYEFO), published today, the Government revealed it was expecting its budget deficit to grow from $10 billion to $40.4 billion in 2014-15.

In light of the increased deficit and to help cut costs, the MYEFO documents reveal ICON’s operator, the Department of Finance, has been asked to conduct a scoping study into “options for the future management, operations and ownership” of the network.

“The study will assess the likely sale environment for this business operation and seek to ascertain the optimal method and timing of any sale,” the MYEFO documents state.

The study will be funded from within Finance’s existing budget, but the Government has not offered any indication of what it expects ICON's privatisation might return to its dwindling revenue stream.

An eventual purchaser would almost certainly lease carriage on the network back to the Government for periodic fees.

The proposal forms part of the Coalition’s “smaller government” reform agenda, which has already seen the sale of Medibank Private and the abolition of an ongoing list of government bodies.

Meanwhile, Finance will also be tasked with dismantling several whole-of-government technology oversight bodies, as part of an extra 175 entities added to the budget hit-list today.

Canberra’s peak IT decision-making body, the Secretaries ICT Governance Board (SIGB) - which oversees and developes whole-of-government ICT strategy and policy - will be scrapped. It means the departmental chiefs making up the panel will no longer be funded to meet to sign off on the Government’s technology direction.

SIGB's authority will transfer to the Department of Finance executive.

The Government has also decided to scrap the Cross Jurisdictional Chief Information Officers Committee, which is made up of CIO representatives from the Commonwealth, states and territories, as well as New Zealand, to coordinate e-government approaches.

The responsibility to “support the management of cross‑jurisdictional ICT issues” will also to Finance as a result.