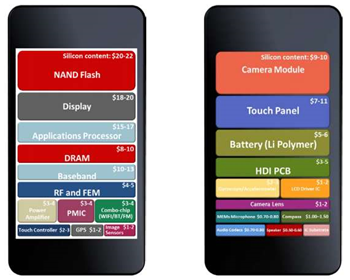 That's where the money is.

A study into royalty demands for smartphones has found the payments are currently so high that they undermine the profitability of the industry and stifle innovation.

The paper [PDF] is written by two lawyers from US intellectual property firm WilmerHale in Washington along with one of Intel's top legal officers, Ann Armstrong, in her personal capacity.

It draws on publicly available information and captures royalty demands as well as actual payments.

For the purposes of the paper, the authors based their analysis on a hypothetical smartphone selling for US$400 full price without carrier subsidies.

The authors of the paper estimate that for such a phone, the potential patent royalties could exceed US$120 per device. This brings the licensing fees per device close to the cost of components, which on the US$400 phone would be somewhere between US$120 and US$150.

"... those costs may be undermining industry profitability—and, in turn, diminishing incentives to invest and compete," the three said in the report. 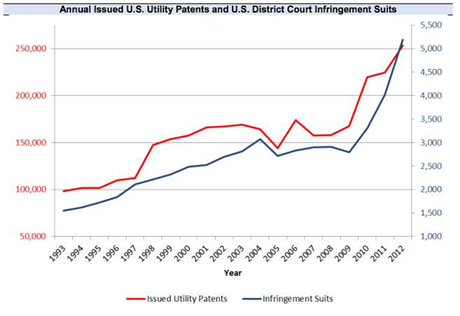 Due to the large amount of technologies integrated into modern devices with associated patents, the smartphone market has been "a battleground for an enormous amount of litigation over the past few years," the authors noted.

Estimates suggest there are around quarter of a million smartphone patents currently, and with sales topping a billion devices last year, there are strong incentives for rights holders to assert their patents.

"As the bank robber Willie Sutton is reported to have said, he robbed banks 'because that's where the money is' - so too of smartphones for patent holders," the authors wrote.

Smartphone suppliers with strong patent portfolios can reduce and even eliminate cash payments for royalties by entering into cross-licensing deals, the authors suggested.

So called pass-through or exhaustion of patent rights acquired by component suppliers may also help reduce the royalty burden for smartphone makers, via authorised sales by the former to the latter.