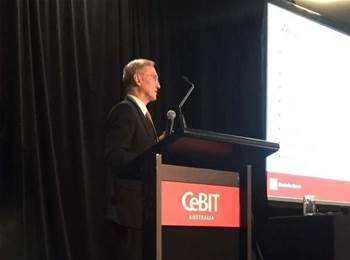 Electronic voting advocate and long-serving CIO of the NSW Electoral Commission Ian Brightwell has handed in his resignation after 11 years following difficulties with the organisation's new management.

Brightwell has built a public profile as a vocal advocate for electronic voting, as a way to combat disenfranchisement amongst remote and mobility and vision-impaired NSW voters.

He took the fight to security researchers who uncovered holes in the state’s iVote system just days ahead of the 2015 NSW general election.

But effective 29 April, Brightwell will resign his post and hand the iVote campaign to his deputies.

He told iTnews his departure was "as much a result of the change of management as it is the end of a very long engagement with the organisation”.

“It is not true to say it was entirely of my own making," Brightwell said.

Former electoral commissioner Colin Barry retired on the last day of 2015, and Linda Franklin has since stepped into his post in an acting capacity while the NSWEC hunts for a permanent chief.

“He advised me that, for a number of reasons including management and staff changes, he no longer felt that he could continue to effectively contribute as he would wish as director of IT and/ or CIO," she said.

“I’d like to acknowledge Ian’s contribution to the organisation over many years and wish him well for the future."

iVote manager Mark Radcliffe will take over the reins of the platform in the interim and continue efforts to get other states on board with e-voting.

The iVote team will also expand their campaign to fix up the existing postal voting process while also leveraging economies of scale to push down the marginal cost of operating the system.

“We’ve had quite a bit of interest now from other states in rolling it out,” Brightwell said.

The NSWEC owns the bulk of the IP behind iVote, along with software vendor Scytl, but Brightwell insisted the voting authority wasn’t looking to profit from an interstate expansion.

In recent months, Brightwell has become more vocal about the need for an approach that balances risks with benefits rather than what he describes as the “never ever ever” approach of e-voting opponents.

He said the time was ripe to mend a broken postal voting system which suffers from a high rate of failure.

“Neither the commission nor I advocate for entirely internet-based voting. For one the sausage sizzle would be sorely missed," he said.

“But there is a large supplementary demand largely for replacing postal voting for people who otherwise can’t make it to a polling booth.”