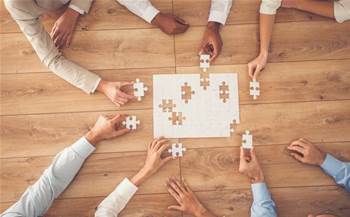 Merger with People's Choice Credit Union would save on IT refresh.

Heritage Bank is getting closer to a merger with Adelaide-based People’s Choice Credit Union, which would see the two institutions transition onto one core banking system platform.

Should the merger move forward the Toowoomba-based mutual will begin integrating its core banking systems into People's Choice, creating an mutual alternative to the major banks.

Speaking with iTnews Heritage Bank CEO Peter Lock said the merge will create “a new national mutual that acts as a counterbalance to the big national banks” and become the “eighth largest Australian domestic bank”.

The merge is expected to bring enhanced products, services, digital capabilities and competitive pricing for all customers.

“The technology that's required to do that is really important,” said Lock.

“What we have done at Heritage, is we have a very, very old but stable core banking system that we've had for 30 to 40 years but it's time to change, and we were looking at a core system replacement quite separately from our considerations about a merger.”

If the merger goes through Heritage Bank could expect to spend around $50 million on its core system replacement program, however without the merger the bank could be spending up to $100 million.

Last year Heritage Bank put out a request for tender, ultimately selecting technology platform Fiserv and a new CRM system by Salesforce “to give us the best combination”.

However, as talks of a merger progressed, it came to light People’s Choice had already chosen the same mix about 18 months earlier during its own core replacement upgrades.

“So, the investment that we've been making in technology has been to accelerate our core readiness for either a new core or transition to the People's Choice. Either way, we're going to have to do this.”

Heritage Bank’s core system plans remain “sitting in abeyance” until a decision on the merger is reached.

Regardless of the path Heritage Bank takes with its core banking platform changes, Lock said what digital advancements and features consumers can expect is “really hard to really articulate” in these early stages.

He said “the systems will have the capacity to make the changes that are required to those products and services much quicker than our existing systems, because we've got old legacy systems in Heritage core that make product development a little longer than we would like.

Lock is hopeful a merger implementation will begin this March, with submissions to APRA by April followed by a member vote around October, with final Treasury sign off in time for the bank to begin 2023 as a merged entity.

If successful, the unnamed new entity will be the largest mutual bank in Australia at $23 billion worth of assets, 1700 people, 700,000 members, and 90 branches across Queensland, New South Wales, Victoria, South Australia and the Northern Territory, according to Lock.

Lock added eventually the plan will be to have each bank's technology teams under one IT system with a single set of procedures.

In the bank's first half-year 2022 financial results on Thursday, Heritage reported its operational expenses are likely to remain under pressure due to the high staffing costs and merger related expenses.

Lock said moving forward into the next half the bank has “numbers in our modelling of the member benefit as to the investment that's required”.

He added the “investment that we will be putting in to the Heritage tech is more akin to getting it ready for transition.”

“So a lot of the projects that we would have normally been slotted for improvement has been put on the back burner and reprioritised to integration.”

Heritage Bank saw its lending and total assets reach $12 billion for the first time during the half year.

The bank also recorded a net profit of $21.20 million over the half, 8.64 percent lower than the same period in the previous year, but still above budget.

Its pre-tax profit was $30.34 million, down 8.62 percent compared to the prior corresponding period.

IT operating expenses for the half year reached $11.3 million, up from $9.0 million for the same period last year.

These costs excludes IT personnel costs and the banks IT capital expenditure for the half year was $3.1 million.