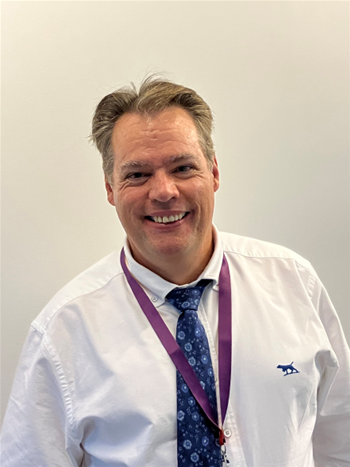 Lopushanski takes over from Ashley Deuble who left for cyber security consultancy Intalock in February after only a year and a half in the job.

The spokesperson added in his new role Lopushanski reports to the bank’s chief risk officer.

Lopushanski’s role at Heritage Bank will be based in Brisbane.

Lopushanski was with the Australian Prudential Regulation Authority for close to ten years as its chief security officer, managing the security environment and operations.

Heritage CEO Peter Lock said he was excited by the impact Lopushanski will have on boosting the bank’s data security and digital defences.

“I’m pleased Mikhail has joined the Heritage team as his knowledge of information security in the banking industry is impressive following his 10-year tenure at APRA,” Lock said.

“His experience and insight will be invaluable as we work to grow our information security capabilities in what is an ever-changing field.”

Lopushanski said he had been “selective about where I wanted to work” and wanted “a dynamic Australian organisation with close ties to the community and a financial institution”.

“With the potential merger [People’s Choice Credit Union], Heritage is a dynamic organisation. It’s certainly what I was looking for,” Lopushanski said.

“Heritage has done a lot in regards to security but it is an ongoing journey. We always need to be proactive in this space to protect our members.”

Lopushanski also took to LinkedIn, stating he “would like to send my appreciation to my former team at APRA - we accomplished and achieved a lot with our small professional team.”

Prior to this he was briefly an independent consultant for four months and worked at NSW Businesslink, a division of the Department of Family and Community Services for over eights year in multiple strategy and security roles.

He also was with the Roads and Traffic Authority NSW for six years, most notably as its IT security and ecommerce auditor.