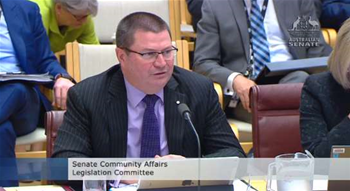 The Department of Health hopes to have a tender to market for its controversial Medicare payments gateway by early next year after it completes a four-month co-design process to nut out the core requirements of a modern infrastructure.

Having previously toyed with the idea of outsourcing the operation of the payments engine to a private sector provider, the Turnbull government was forced to backtrack on the proposal in the lead-up to the July election after the plan was attacked as a threat to the Medicare safety net.

The prime minister has since promised that any replacement to the 30-year-old legacy system, which crunches rebate payments according to the Medicare and pharmaceutical benefits system, will be fully owned and operated by the government.

It has been described as an IT project on a scale comparable to the $1.5 billion Centrelink payments system replacement also currently underway, albeit slightly less complex.

With three or four years left in the system at best, Health has wasted no time starting consultation with medical practitioners, the Australian Medical Association, aged care providers, veterans affairs representatives, and other health stakeholders ahead of an approach to market for a commercial solution.

“We want to be into the marketplace early next year, looking for something that meets the needs of what we come up with in the co-design process,” Health secretary Martin Bowles told a senate estimates hearing this morning.

“Doing nothing is not an option,” he warned, explaining that the level of manual intervention required to run the existing gateway was becoming increasingly untenable.

“When you do 600 million transactions a year even 1 percent manual intervention is a lot, and it’s a lot more than that in our case.”

The consultation is due to wrap up in January 2017.