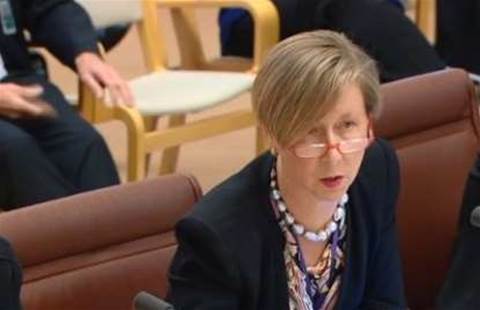 It won't happen overnight, but it will happen.

Department secretary Jane Halton fronted senate estimates today claiming the rate of adoption nationwide is proportionally greater than it was when the Northern Territory embarked upon its much smaller quest to roll out shared health records in 2007.

These days, she said, NT has reached 90 percent coverage across its health system records.

“Over a period of five years they went from having no visibility and little utilisation of their health records to the point now where clinicians tell me that they cannot conceive of a situation where they don’t have access to a clinical record.

“It is now completely automatic that they expect to be able to log on and view those," she said.

“What we have now is a reasonable take up rate based on our domestic experience and also based on my international knowledge."

As of midnight Tuesday 1.1 million consumers had registered for a health record, but only 11,136 shared health summaries had been uploaded by doctors - a patchy clinical participation rate that has triggered a rapid-fire review of the system’s practitioner-side usability.

The health department revealed to the estimates committee that members of the three-man review team - excluding Australia Post CIO Andrew Walduck who will not receive an income from the exercise - will each be paid roughly $1500 per day for the two-month review period.

Despite criticisms levelled at the department and implementation partner NEHTA, Halton said she expected the rate of registrations and clinical take up to snowball “from month to month” as public hospitals come on board.

This week the PCEHR was switched on across the entire Queensland public hospital network, meaning staff now have the ability to see any records currently uploaded and feed their own medical records and discharge summaries back in for registered users. Queensland hospitals uploaded 113 individual discharge summaries in the first two days of connectivity.

Health officials told estimates they expect hospitals representing 75 percent of all Australian public-system patients will have access to the PCEHR by the middle of next year.

They also said that the 11,136 health summaries uploaded had been collectively viewed by clinicians other than the uploading doctor 44,383 times to date, proving their usefulness in clinical settings.

Health department CIO Paul Madden is working hard to remediate one of the big barriers to registration - a “cumbersome” sign-up process for members of the public.

“When we first started we found out identity registration was too cumbersome and we came back with some significant changes to simplify it. Since then we have returned with three more releases to improve the process…We will continue to react to that feedback," he said.

“I think if you look at where the banks are now, they have really good electronic banking sites. But if you go back ten years or so people went to these sites and didn’t like what they found either."

Halton was quick to defend the roughly $1 billion that has been spent on the project so far, including $1.5 million per month in contract fees to technology partner Accenture.

“That billion dollars is comprised of a lot of elements,” she said. “Things like standards that underpin all of the electronic systems in the health space.

“The much larger amount in this is ensuring that we don’t get a rail gauge problem for electronic traffic."

It found 12.8 percent of patients who visit different doctors for the same ailment came up against issues to do with communication between practitioners.

The problem was even more pronounced among patients living in low socio-economic areas (13.8 percent) and in rural and remote areas (16.5 percent).