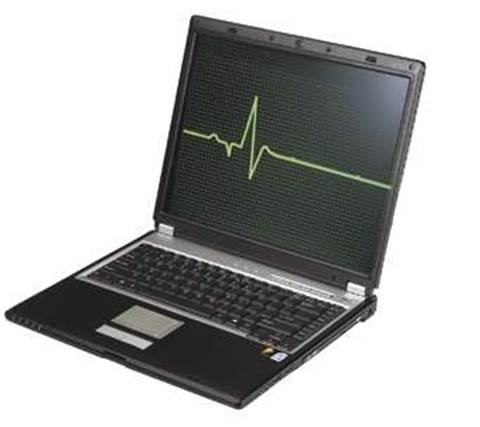 Jointech's JL7100 laptop is apparently ready to sell – but is this actually a laptop or just a glorified PDA?

The JL7100 looks like a laptop, and Jointech is selling it as a laptop, but the machine has the inner soul of a Windows Mobile PDA.

But – does anyone really care? For US$99 we can’t really complain, plus the specification isn’t so bad either.

However, it has just 64MB of RAM, 64MB of storage and runs the slightly pants Windows CE 5.0 operating system.

All we know about what powers the beast is that it's a "Samsung 400MHz chipset."

It is up to you to weigh up the good and bad points of this ‘laptop’ but we still think that for US$99 it’s a bargain.

The JL7100 should be available to buy now, although Jointech seems to be a bit ambiguous as the firm said just over a week ago: “the laptop will be ready within 20 days to sell to the market,” but added that it doesn’t yet have any distributors.

Yesterday however, Ahmed Hamed from Jointech told us, "the samples are ready to dispatch….we’ve also started to sell".
Got a news tip for our journalists? Share it with us anonymously here.
theinquirer.net (c) 2010 Incisive Media
Tags:
99 fear hardware have here is laptop no the