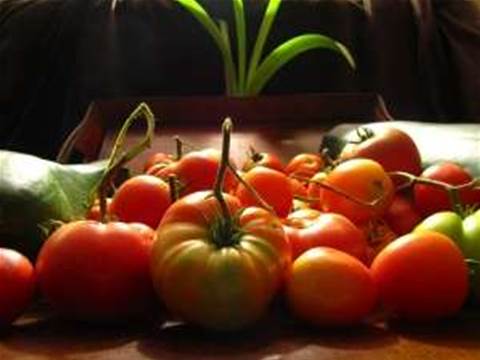 Sydney greengrocer Harris Farm Markets cut its data entry headcount from 40 to three when it moved from a mainframe system to newer electronic resource planning (ERP) software this month.

On 31 July, Harris Farm went live with the Microsoft Dynamics Nav ERP platform, moving away from the IBM AS/400 mainframe application it had used for more than 20 years.

The Microsoft platform was hosted in a four-rack ‘communications room’ in Harris Farm’s head office in Flemington in Sydney’s inner west.

The new network gave stores wireless connectivity for the first time, enabling the use of handheld product scanners that collected information that was previously manually entered into the AS/400.

According to IT manager Ian Lapid, who reported to CIO Hudson, the Microsoft ERP platform “considerably” reduced manual entry of invoice, credit, purchasing and inventory data.

Although many vendors still issued paper – and in some cases handwritten – invoices, Harris Farm now linked invoices to pre-filled electronic purchase orders, so records need only be updated, not created.

But staff were reluctant to move from the familiar green screen of the AS/400 to the three-week-old ERP interface, Lapid said.

As such, Harris Farm replaced its AS/400 infrastructure with half a rack of new equipment last month, and planned to run both the AS/400 application and ERP in parallel for the next year.

“It’s kind of painful having to transfer to and from [the two systems],” Lapid said. “We’d like to wind it down by November, but it’s looking more like June next year.

“The business is just so used to the reports and information coming out of the AS/400 that at the moment, it’s still gospel.”

Replacing a backup plan of faxing and mobile calls

Each outage lasted between two hours and half a day, and caused affected stores to rely on faxes and mobile phones to send stocktake information and orders to the head office.

It would then be “all hands on deck” at the head office, as staff – including a six-person IT team – scrambled to manually enter faxed information into the AS/400 system.

The new network was deployed by integrator IBM and based on Juniper Network’s services gateways, wireless access points and cellular broadband data bridges, which provided automatic fail-over to 3G connections during a WAN outage.

“It was always the plan to have a 3G link so it’s not just copper in the ground,” Lapid said.

“Before [the network upgrade], it was just a standard WAN and our backup plan was passing information the old-fashioned way – by faxing and using mobile phones.

“[The problem is] not so much the frequency [of network outages] but when it does happen, it really becomes a bother for IT and all the stores involved.”