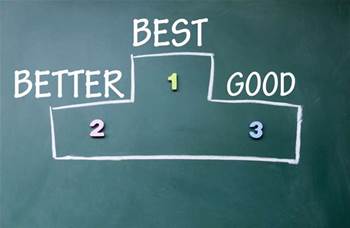 New market in comparator tools should be driven by user records.

The Harper review of Australia’s competition laws has laid out a vision for a new market in personal information that would allow consumers to reuse the information big businesses collect on them to make better purchasing decisions.

The panel of business experts, led by by economics professor Ian Harper, handed down its final recommendations yesterday afternoon after being commissioned by the Commonwealth Government to conduct a wide-ranging investigation into consumer protections and competition laws.

It decreed that “markets work best when consumers are engaged, empowering them to make informed decisions”, and as such called on the Government to follow the UK's example and nurture a new market in comparison tools based on analysis of consumers' own data.

In 2011, the UK government launched its 'midata' initiative, a partnership with the business community which encouraged enterprises to release a customer's personal information back to them in a standardised, electronic format.

The rationale behind the policy was to encourage a market in “innovative technologies”, such as online comparator tools that will aid consumers to analyse their own purchasing habits, and use this information to tailor recommendations for goods and services to each user.

In its submission to the Harper review, the UK’s Department for Business Innovation and Skills said the datasets might

A raft of major businesses, such as banks like Lloyds and RBS, to telcos, gas companies and credit card giants like Visa and Mastercard, have already signed up to the UK version of the scheme.

Adoption of the midata model in Australia has been backed by both consumer lobby Choice and the Australian Competition and Consumer Commission (ACCC) as a way to alert consumers to better choices and to bolster competition.

The panel recommended that a new competition policy council should, as one of its first tasks, set up a working group that will devise a plan to move forward with a similar initiative.

Such a scheme would likely involve standards for information release and a campaign to encourage consumer data requests.

The panel did not propose that the scheme be backed by legislation at this stage, and pointed out that the right of customers to request access to their personal data held by businesses and other organisations is already protected by the Privacy Act.

However, it highlighted feedback that the Privacy Act fails to specify the format that this data should come in, and that it also allows the handover to take place only when it is “reasonable and practicable to do”.

The Harper panel also noted that any data access scheme would need to ensure “privacy and confidentiality” of the personal information involved.