Harbour IT cut down by WebCentral email outage 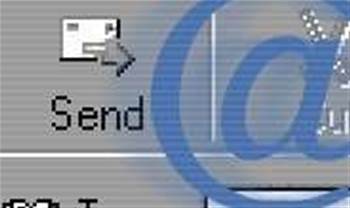 Harbour IT has revealed that WebCentral is the reason for an email outage that has left its thousands of customers without service for up to 48 hours.

The company, which resells satellite broadband to regional and rural customers, told iTnews that email problems were the result of issues at its upstream provider.

"We use WebCentral," a Harbour IT spokeswoman said.

"At this stage they've been unable to let us know when the issue is going to be resolved, only that they are working on it."

She said the majority of Harbour IT customers - numbering in the thousands - were affected by the outage.

The company has been advising customers that phone its support line to stay on the line only for non email related support issues.

"We are presently experiencing an email problem that is preventing users from logging on to the email server. We are working to resolve this issue as soon as possible," the message said.

"As a result call volumes are high. If your call is related to a different matter please hold the line".

"It's running pretty hot," she said.

She said the provider is soon to begin transitioning customer mailboxes off the WebCentral service to Google's Gmail.

The deal was announced in March and the transition to Gmail "should begin shortly", she said.

WebCentral customers continue to flood iTnews with complaints over the email outage, which is now in its second day.

The latest statement from WebCentral indicates some 50 per cent of its substantial customer base remain offline.