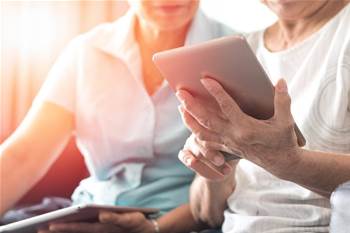 National aged care provider HammondCare is set to kick off the mobile element of its digital overhaul after having signed Optus as its new telephony provider.

The Sydney-headquartered registered charity is replacing a legacy deal with Telstra that was no longer fit-for-purpose for its 4000 staff, many of whom work as in-home care providers.

HammondCare chief information officer, Jose Perez, told iTnews that the new Optus deal will result in the deployment of a fleet of new Android devices over the next three months, enabling the organisation to run updated apps with more functionality and greater security standards including biometric locks.

Under the previous agreement, mobile workers used the company’s phones for a single Telstra Health app that could only run on one outdated version of Android - locking HammondCare out of newer apps and services that weren’t backwards compatible.

Each phone also operated on an expired $10-a-month contract which then reverted to pay-as-you-go when the voice and data cap was reached, meaning costs could be unpredictable and difficult to manage.

The care provider will now move to an unlimited talk and text contract with a hefty data pool to work from, which Perez said worked out to be 10x more mobile data than what they had previously.

It forms part of the company’s new strategy, guided since Perez came onboard as CIO in February, to plan its digital services and capabilities for the next three years.

In the telephony space, Perez said the company’s options really opened up after an analysis of 4G coverage revealed telcos had become a lot more competitive in terms of quality in the largely metropolitan areas it operates in since its last contract was signed.

5G wasn’t yet a major consideration for Perez, however, it wasn’t something he dismissed outright.

“I think there’s a tremendous amount of interest for 5G,” he said.

“We see 5G see obviously in our organisation as playing a key role, particularly as it comes to IoMT - the internet of medical things.

“So there is clearly going to be, in my opinion, more demand for connected devices and 5G is going to play a role, but I think it’s still quite early for us.”

With coverage not serving as a differentiator between providers, HammondCare sided with Optus because it offered more tailored solutions and its roadmap for 5G deployment supported HammandCare’s nascent plans for IoT.

One of the things that his Perez excited about the upgrade of five-year-old telephony equipment is the capability to offer new services to staff, including a mobile learning platform and real-time decisioning.

The company has been interested in deploying a digital learning platform for quite some time to keep staff up to date with best practice care delivery and as a means of continual engagement.

The alternative to an online platform is trying to coordinate thousands of staff in 71 locations around Australia - a complicated and time-consuming exercise that makes compliance with company and industry regulations difficult.

However, it hasn’t all been smooth sailing.

“The eLearning platform has been challenging for us - it's been partially deployed because of the compatibility with the [old] handsets,” Perez said.

“We have offered alternate ways to deliver the content, not from a mobile phone, we've had to accelerate that by giving people access to websites.

“But having it all on the mobile, particularly for a care worker who’s travelling between sites, the ability to open up the phone and actually have it all, there is a huge benefit.”

It also more closely aligns to workers’ expectations in modern workplace, he added, which in a competitive industry with a booming need for more talent could help the HammondCare stand out as an employer.