Half of Australian subscribers on at least 1.5Mbps: ACMA 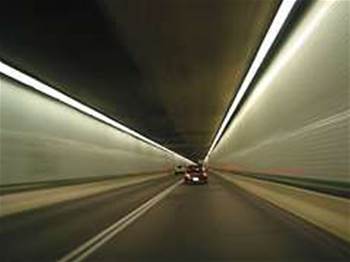 Rack up 99,993 terabits of downloads in one quarter.

Over half of Australia's 8.4 million internet subscribers are now surfing at minimum peak speeds of 1.5 Mbps, according to a new report.

The Communications Report 2008-9 [PDF], released by the Australian Communications and Media Authority overnight, said that 30 percent of internet subscribers had a service with a download speed between 1.5 Mbps and 8 Mbps.

This was a 10 percent rise in the space of a year. The numbers could rise further this year as ISPs raised base ADSL speeds to 1.5 Mbps.

A further 21 percent of internet subscribers experienced download speeds between 8 Mbps and 24 Mbps, only slightly up on the previous year, the ACMA report said.

The report also repeated Australian Bureau of Statistics figures that showed internet downloads had grown by 80 percent "during the June quarter of 2009" compared to the same period the previous year.

Internet subscribers downloaded 99,993 terabits of data compared with 55,434 terabits in 2008, the report said.

The ACMA also reported that 3G mobile and wireless broadband services grew by 162 percent in the reporting period.