Hackett steps down from Internode 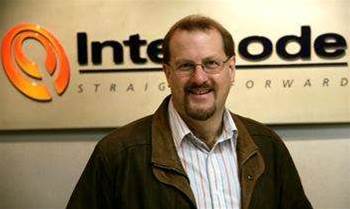 Internode founder Simon Hackett will step down from the Adelaide-based internet service provider to take up a position on the board of owner iiNet, as the companies merge into a single entity.

Hackett, who celebrated 21 years at his company this month, told staff that he intended to step down from Internode in August. His accompanies a significant restructure that will also see CEO Patrick Tapper step down from his role in July.

The announcement comes six months after iiNet acquired Internode from Hackett for $105 million.

The acquisition included cash and share considerations to Hackett, who said he intended to stick with iiNet for some time to come.

"While I will continue to represent Internode as I always have, I am keen to contribute at a group level, influencing the strategy of the entire iiNet group," Hackett said in a statement.

Hackett told iTnews his departure from a day-to-day role at the company was about "moving 'up' rather than 'out'".

"We are simply re-connecting the relevant management chains more closely as a result," he said.

However, the move is significant for Internode so close to acquisition, particularly given Hackett assured customers that the subsidiary would conduct "business as usual" in December.

Since the acquisition, the companies have worked on significant migrations that saw the two DSLAM networks linked closely together and some broadband plans align.

Hackett said the "astonishing" pace of the integration between the companies since December meant longer-term goals were brought forward within the companies.

"In that environment, where the technical staff are getting on really well and finding that we are augmenting each other's strengths, it just made sense to look at the people situation with a new set of eyes, sooner than we had expected that we might," he said.

"It's more efficient, it gets our teams working closer together, and it brings all our strengths together at a time in the industry where that will only make us stronger.

"Our ultimate goal is to become a single, well-integrated organisation that operates multiple strong, respected and loved brands in the market."

Internode's Tapper will step down from the company after 14 years in July, citing personal reasons.

His departure, alongside Hackett's move, leaves the company without a formal general manager for the first time.

Instead, the iiNet subsidiary will be restructured in what Hackett called a year-long evolution that would see each of its functions report into respective heads at the parent company.

iTnews understands that the group will also ultimately oversee business and government functions assumed in Canberra as part of iiNet's TransACT acquisition, although Malone was overseas and could not be reached at the time of writing.

The restructure will also see John Lindsay - who was last week appointed chief technology officer at iiNet - oversee all network operations across iiNet and it subsidiaries including Internode's DSLAM business Agile, headed by Kym Cleggett.

Hackett confirmed there had been no redundancies at Internode since the acquisition and that there were no plans for such as a result of the restructure.

"We have a very close relationship already, across the executives of both companies and this is just making it closer," Hackett told iTnews.

"The two companies have so much in common that this process has been pretty straightforward to date."

In an interview with iTnews in April, Hackett said there was no point in differentiation for its own sake between the iiNet and Internode brands, but continuing to have both brands in the market would have its own benefits.

"In the NBN context, we've all got the same network underneath us. In the same way that tomato sauce brands operate, if you've got a dozen small NBN providers to choose from and six of them are iiNet and you choose one at random, then half the time you get us," he said.

"There's a pragmatic reason not to knock off brands that are working very well."